Hallowe'ek is over so we can turn our attention to the next festival in line - Christmas! The tinsel is out, music is playing, every tree is a Christmas tree... help me I've been trapped in the Seasonal aisle in Tescos for what feels like weeks and I've had to buy extremely expensive novelty chocolate to survive.
Luckily I have my laptop, so I can at least spend my time trapped in Christmas purgatory writing this newsletter. Also, if you're the first to tell me all of the games present in the title of the newsletter I'll give you a drawing of a trophy with a smiley face on it (prepare to be disappointed).

In Wargames, a 40k league is starting! Armies are only 1000pts, which is quite small so don't feel you have to have a massive collection to sign up. There's a prize too of a single infantry character for a faction of your choice so it's definitely worth looking into! Talk to our Wargames rep James Sampson-Foster if you have any questions.

Everyone seems to be big on one-shots, so we've got a few more running this week! Signups are / will be put on the website within the next day or two. As always, if you're looking for campaigns or one-shots, our Events page is the place to go.

There's not much to say about this yet, but the second Tabletop weekend of this term will be happening during the weekend of week 9 - same time, same place - with our termly quiz happening on the Friday (November 30th, 6-8:30pm with a trip to Varsity afterwards) just before the weekend starts! So keep that weekend open for even more fun gaming times.

Aside from the extra one-shots, we've got a relatively normal week with a slightly funky room booking for boardgames.

A lot, it turns out! We had our Chaos draft on Tuesday, won by Ethan and Alex. I've been reliably informed that both a Karn and a Polluted Delta were opened, but none of the best Innistrad cards (Liliana and Snapcaster Mage) were found. Random boosters, huh?
Boo-ard Games was a hit, with Arkham Horror (2nd Edition) escaping from the box we'd sealed it in and hidden in Westwood. Dead of Winter and Werewolf were also played, and people came in costume! Most importantly though the zombie arm was a huge hit.
Mysteries of Innistrad was a success at Creepy Card Games as players secretly became werewolves, vampires and inquisitors while still getting to play Magic. I expect having paws would sort of make that difficult but who knows, I'm not a Magic player or a werewolf, but hang on wouldn't your claws damage the cards and greatly reduce their value? That seems like a bad idea. Anyway, now that the role cards have been made for it you can play it during any CCGs session!
Tabletop weekend was a huge success with many people turning up for fun boardgaming times! I'll be honest that Siderial Confluence at 1am sounds like a questionable decision, but who am I to judge. It also felt like a revival of Boo-ard Games with Arkham Horror (3rd Edition) being played many times (thanks CapnAlex!) and I think there may have even been another game of Dead of Winter. Either way, I really hope everyone had a wonderful week! The biggest thanks go to the exec for being around to run their various events, with a special mention for Patrick and his ability to not need sleep. 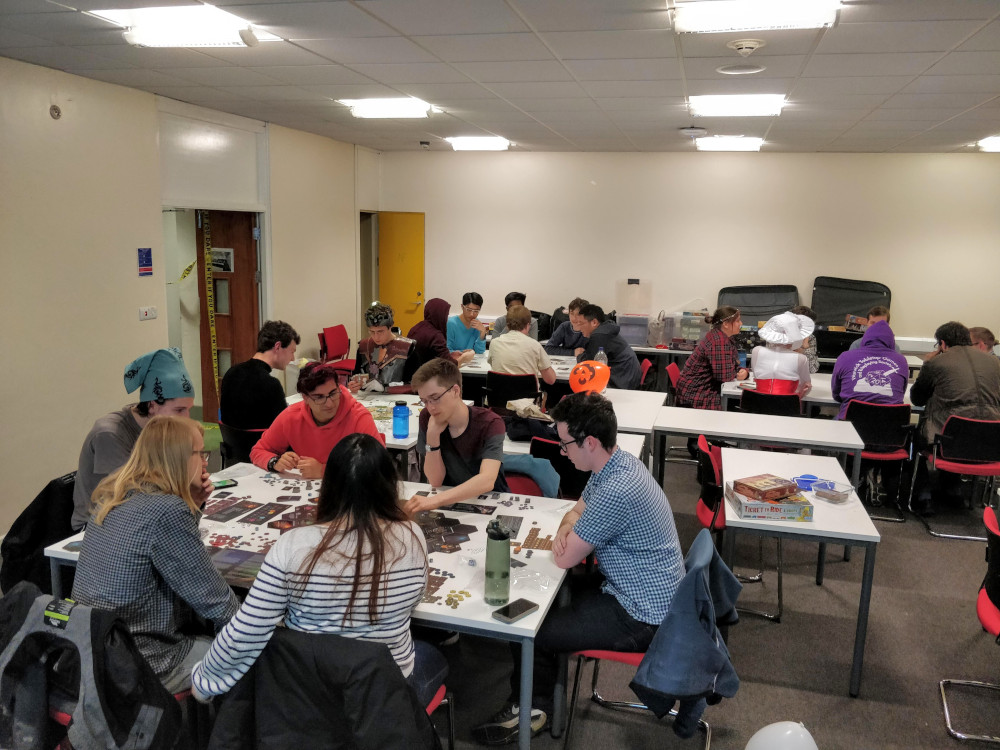 Look, some people even came in costume! So cool. 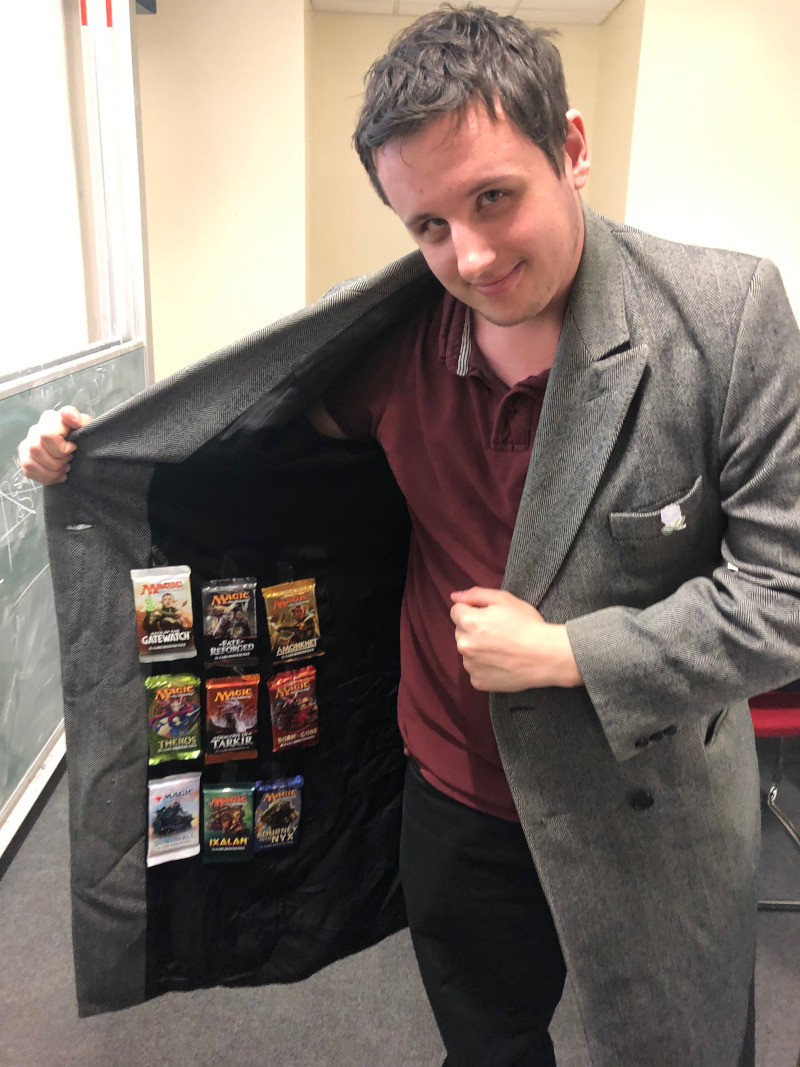 "Hey I got the good Magic stuff, you want Unstable? I got that. Innistrad? Got tonnes of it. Netrunner? ...I'm the wrong guy."