Hey all! It was really cool getting to see people in person at our Intro events, after a year plus of pandemic. Remember to stay safe, and that just because intros is over doesn't mean you can't show up to something new. There'll always be people on hand willing to teach stuff.

Here's the timetable for this term, complete with room allocations. 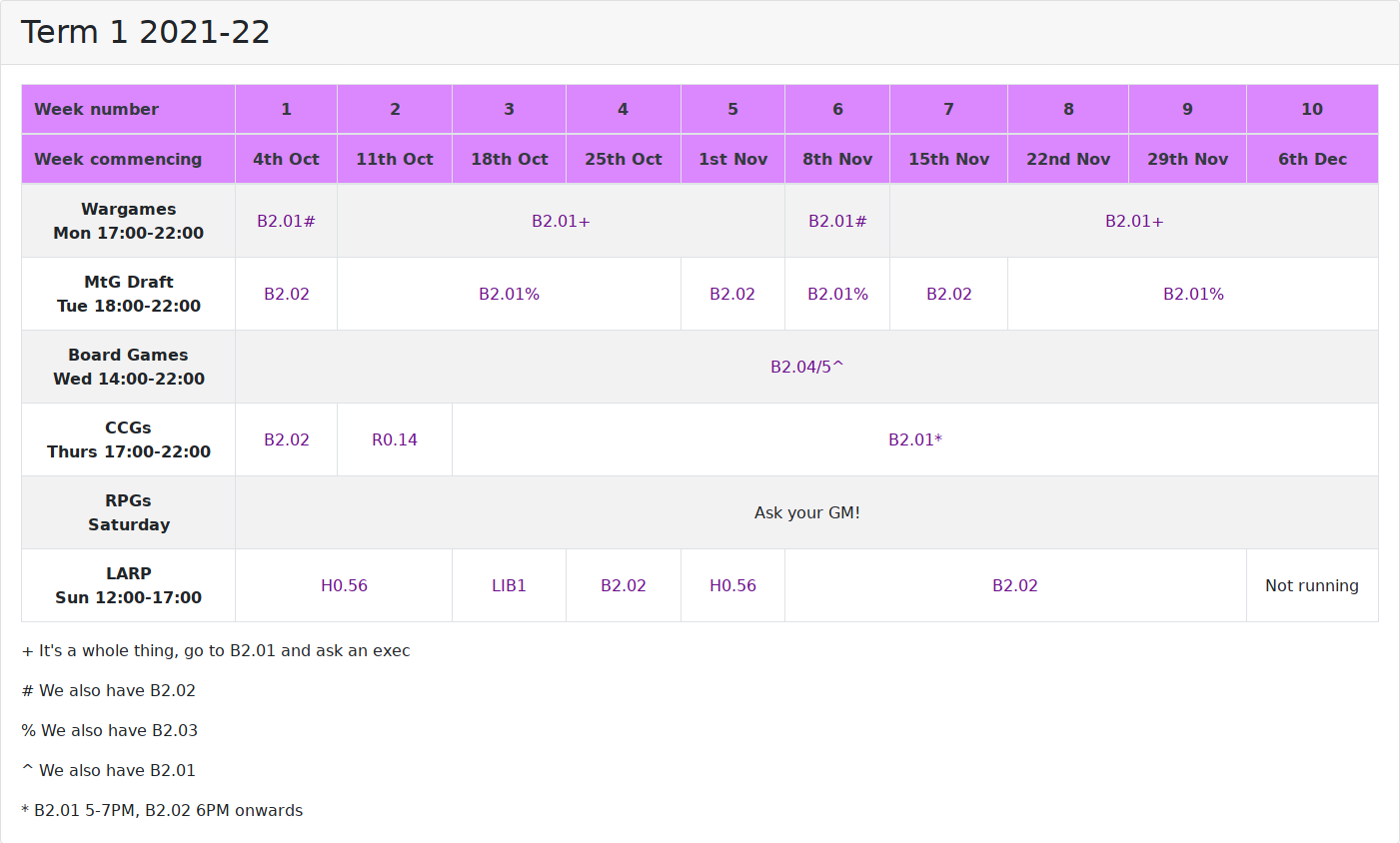 As a bonus, here's the draft timetable for this term:

If you want, you can get society membership! It's only £3.50 (plus the Societies Federation fee if you haven't already paid it, which is currently £19 for Undergraduates). Membership is entirely optional, but directly supports us and comes with some cool benefits:

🦈 What is BLÅHAJ - A PSA for Henry 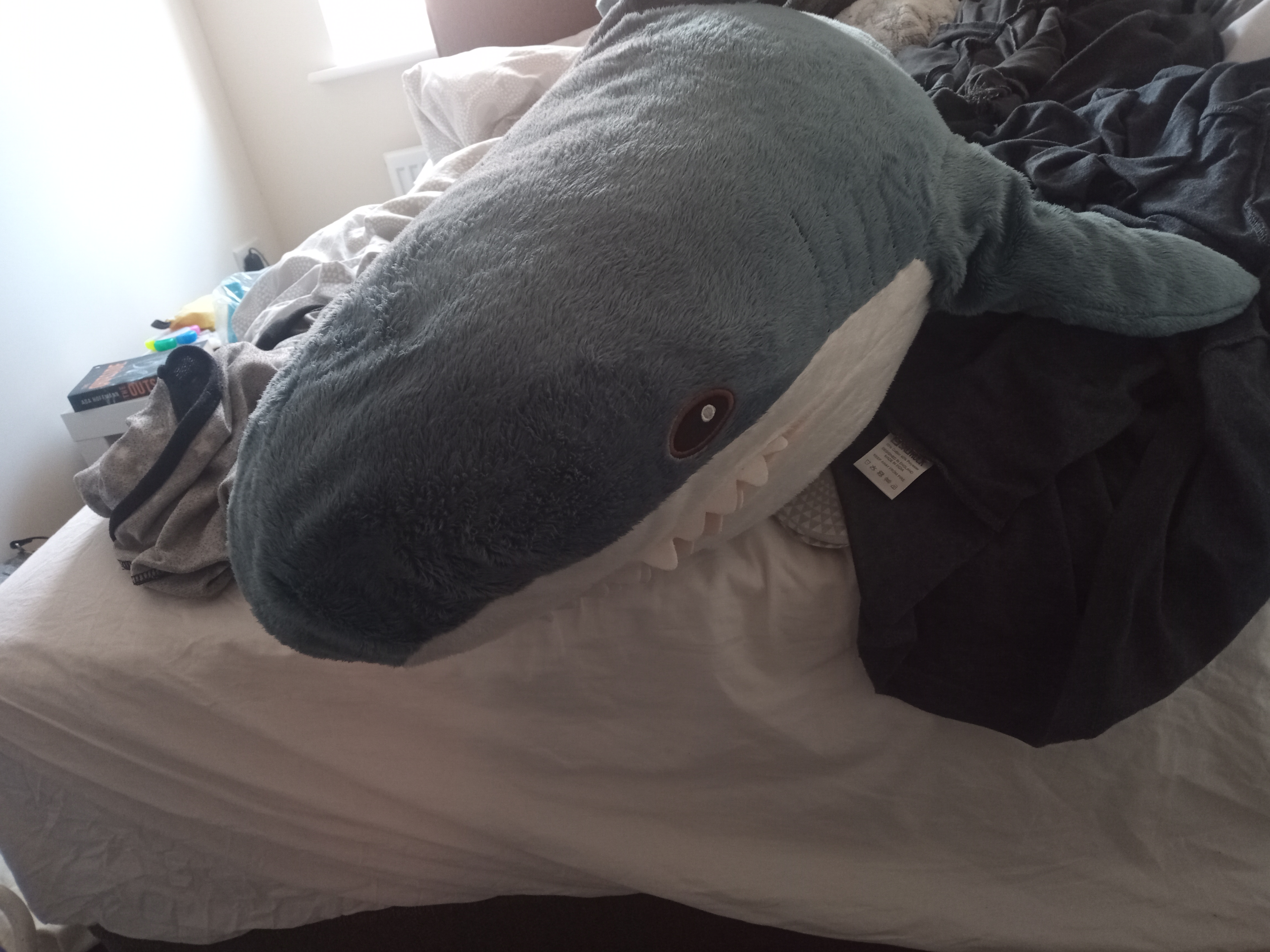 BLÅHAJ (pronounced kind of like blow high) is an IKEA soft toy shark, about a metre long. They are the sworn protector and guardian of Tabletop Society, based entirely on the fact that the exec own at least ten between us. Due to their power level, they are not LARP safe (this may be because I hit Nathan with one a bunch and he complained). The Gender Cube (Mascot of tabletop society, and very possibly my fault) is the rival of all BLÅHAJ, but in a relatively less antagonistic way than you might expect. I would link to where you can buy a BLÅHAJ, but due to supply issues they're not on the IKEA UK website at the moment. 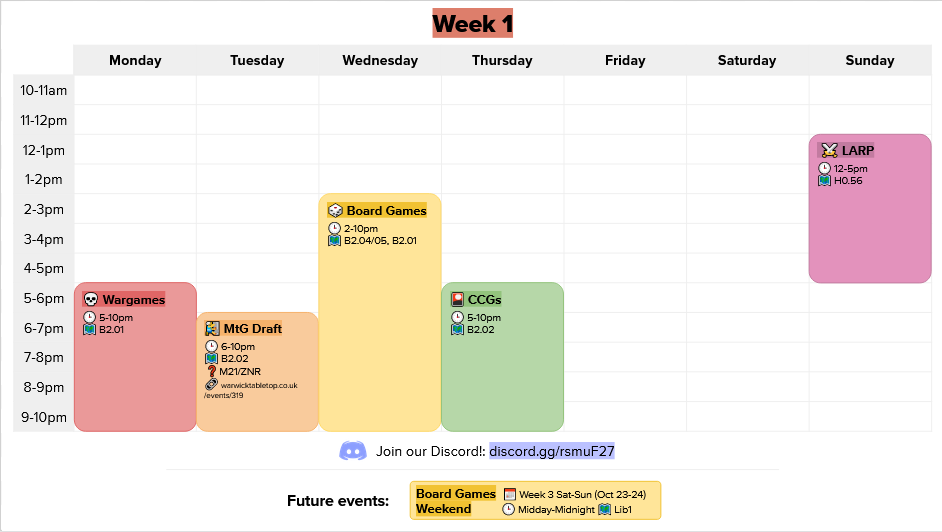 All our intro events happened! They were a huge success, with over 150 people showing up for board games! I don't have too much to say about most of these, beyond the draft results (except for Lap's pod and my pod where the results have, and I quote Ares here, "disappeared into the ether") and a few stories that GMs shared from intro to RPGs. 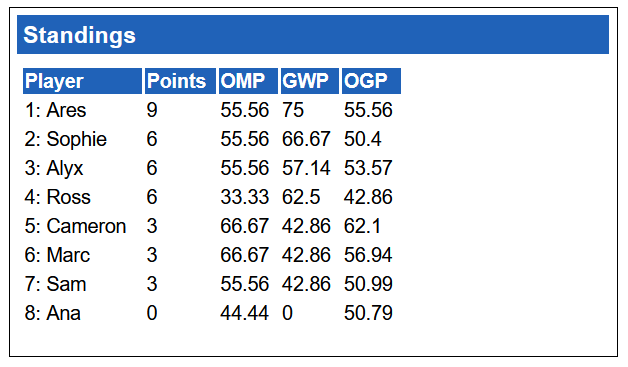 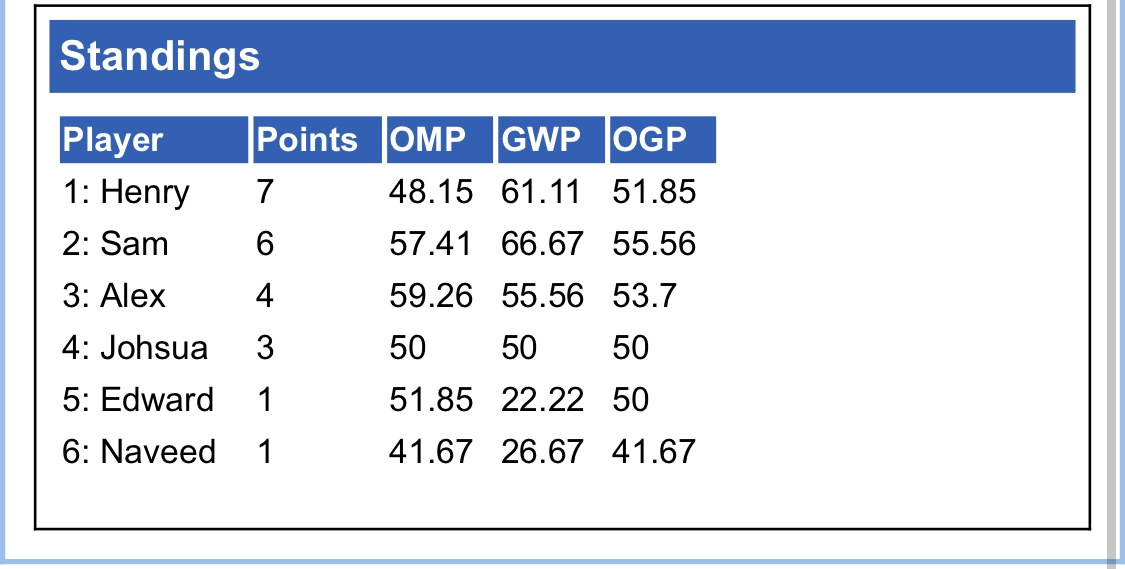 "My group pretty much nailing every single linking plot thread and somehow still managing to come up with an answer to the game’s central dilemma that meant no innocents had to die. Solving a lot of problems by trapping them in a nightmare dimension. And a Shaolin monk on a Deliveroo bike."

Lewis's Blades in the Dark group. This comment of the most dislikeable villain has me intriuged, as someone who has played with Lewis GMing some real pieces of work (including Commander "Kills his own men" Clelland)

"It went well, the gang ended up interrupting someone else's attempt to steal the same thing they were there to steal, letting them get away due to the people who knew what was going on not being able to tell the people who literally watched the thieves climbing out of the window, before culminating in a showdown in a hedge maze involving a boar, a Spirit Warden and possibly the most dislikeable villain I've ever created "

Minamae Alex's You Awaken in a Strange Place group, in what wasn't not MoCS 3.

"Our players awoke in a strange place... the cleaning cupboard of a cafe after being deemed "too unsightly" for the premises. In this "fabulous urban fantasy at the seaside", somehow deemed to be connected to the Monsters on a Cruise Ship universe, the players were tasked with schmoozing with celebrities brunching before a red carpet event. Livinia (an unspeakable diva influencer who was still annoyed at not being cast on MoCS), Swanhilde (a small and timid vampire with a heart of gold), and Bone G (a saxophone playing skeleton with a vague mobster accent) befriended Vera and her posse, asserted dominance over a billionaire, petted a really fluffy dog and fended off a hoard of angry magical owls! We had a blast, and we hope that Finnbar doesn't mind that we've essentially created MoCS homebrew."

Also, the RPG we made on stream for tabletop radio, Redshirts and Rhyme Schemes got played! Here's a whiteboard from the game with no context, as well as a summary from Jon. 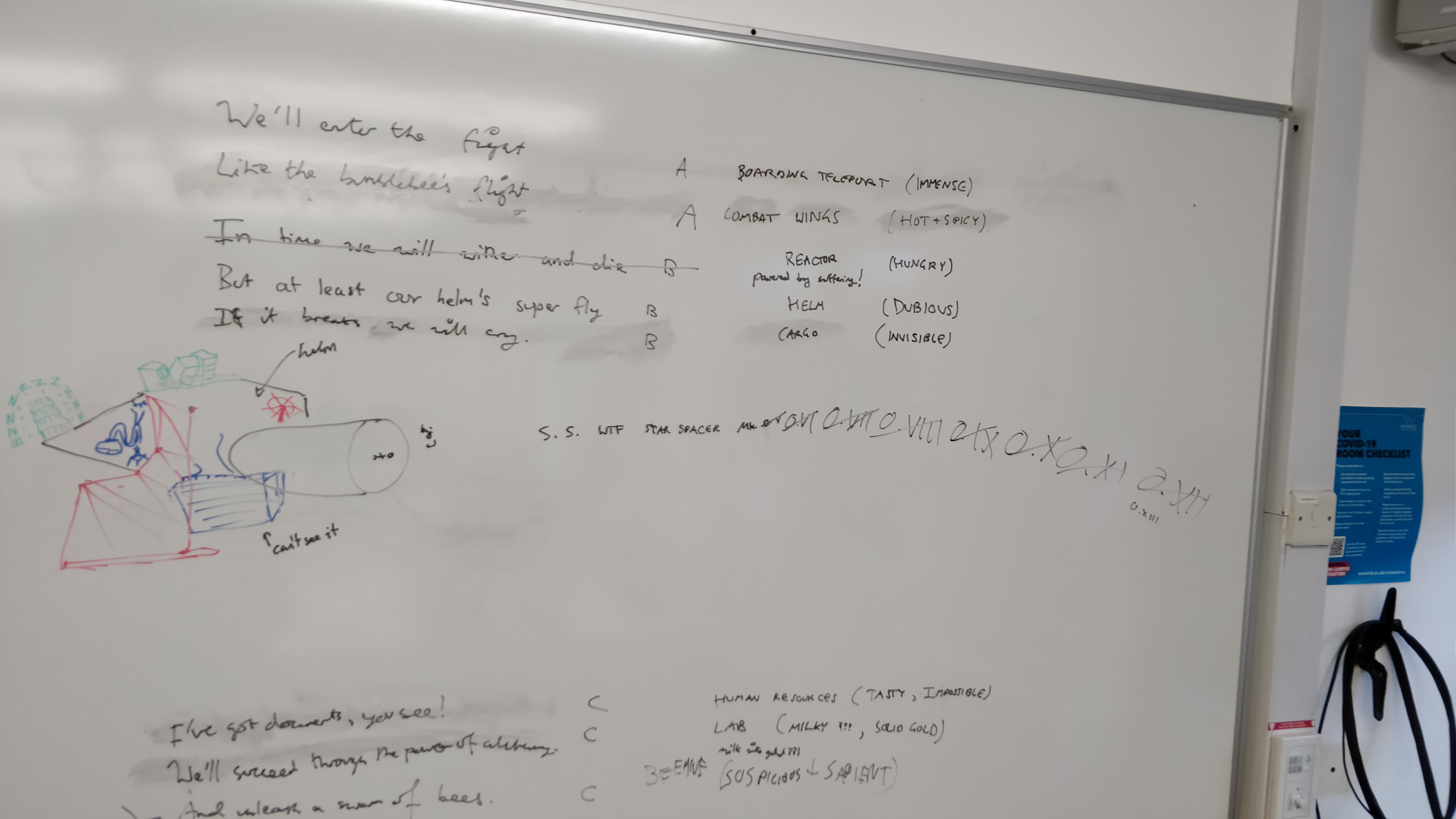 With a mortality rate of 166%, we navigated literal Loan Sharks, several criminal crew members, and the space police trying to catch us turning milk into gold. The helm was the only piece of the original ship to survive, and the engineer the only crew member to survive throughout.

Also, there was the Innistrad Midnight Hunt prerelease, which I won (through what was honestly a lot of pack luck, planeswalkers in limited are silly.) It was good fun though, thanks to Scarlett for organising it.

Since I had so much fun making tables for Redshirts and Rhyme Schemes, here's a bonus d6 table (though without the elegant shortness because I have to give a tiny bit more context) - magical flora.

Wash your hands, stay safe, and come play some games with us (in person!!!) 💖

Hannah Collins (she/they/fae, Communications and Operations, actively campaigning to raise awareness of the evils of the colour yellow)
@aceempress#9631 on Discord
hannah.a.collins@warwick.ac.uk