Term 3 Week 9 - Once again, the aliens do *not* have mind control tech

I've finally watched all of the original six Star Wars films and waddya know? They're actually quite good! Who'd have thought it?! Anyway, that's largely unrelated to the rest of the newsletter but I can pretend it's connected thanks to both it and the Megagame sharing common themes such as incomprehensible geopolitical chaos, aliens, and people called Anakin.

I truly cannot condense the 7-odd hours of absolute chaos that was the Megagame neatly into a little segment here, but I will do my best to share some of the highlights. Please feel free to check out the News that was written during the game here if you want an insight into how everything unfolded.

Some highlights in list form (and in no particular order):

I would also like to say an enormous thank you to everyone who came along and played - it was a fantastic experience and you were all absolutely amazing. An especially big shout and and thank you to Control who not only had to make some significant edits to make the game more playable and fun but also facilitated everything brilliantly on the day.

🧠❓The Quiz is this Friday! 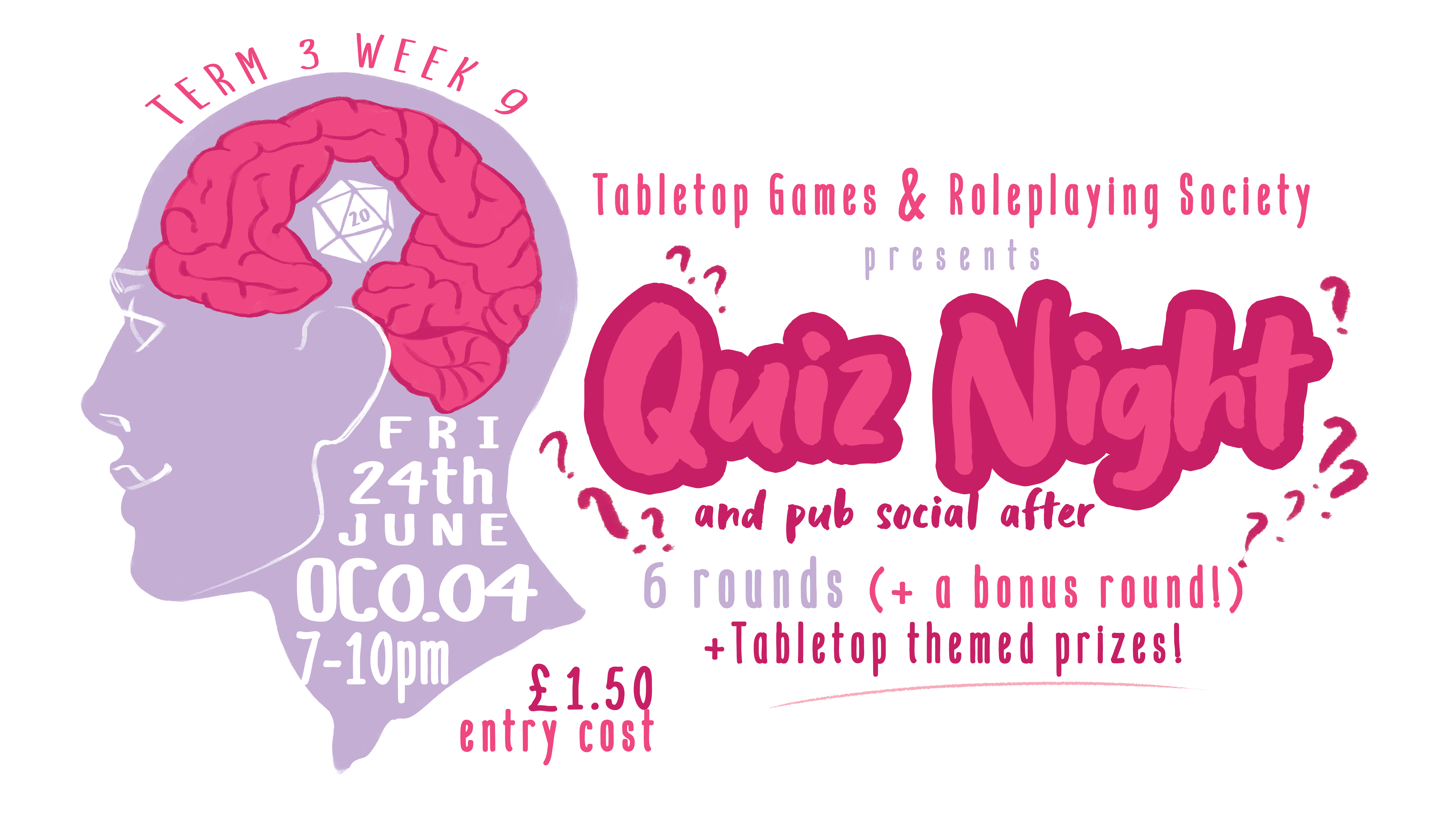 This is your requizite reminder that the quiz is happening this Friday! Teams can comprise up to 4 people and you're welcome to organise them beforehand or just turn up and we'll be happy to sort you with folks to quiz with!

Some important aquizitions have been made for prizes so come quiz it out to find out who is the Most Tabletop(TM) in all the Society.[1]

[1] This is not a Tabletop Society endorsed accolade. 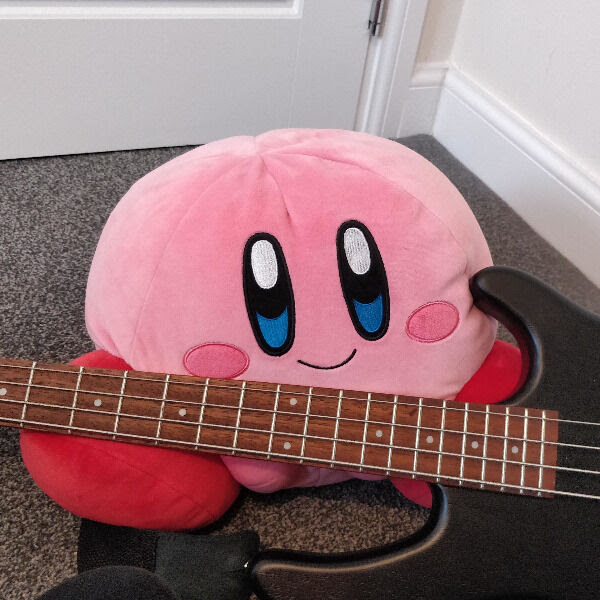 In an attempt to give our band a chance to learn the tunes you want us to perform, you can now donate £9 to ask our band to [try our best to] play some music you like! The earlier you donate, the longer we'll have to learn your tune and thus the better our rendition will hopefully be. We've only got a small set of instruments so can't promise a perfect rendition, but hopefully it'll still be good fun.

There are twelve donation slots available, although another donation incentive for tunes performed by just Finnbar in a bonus stream will be made available at a later date.

You can donate on our Tiltify page - It's a bit barebones at the moment, but will be updated with the rest of our donation incentives soon! 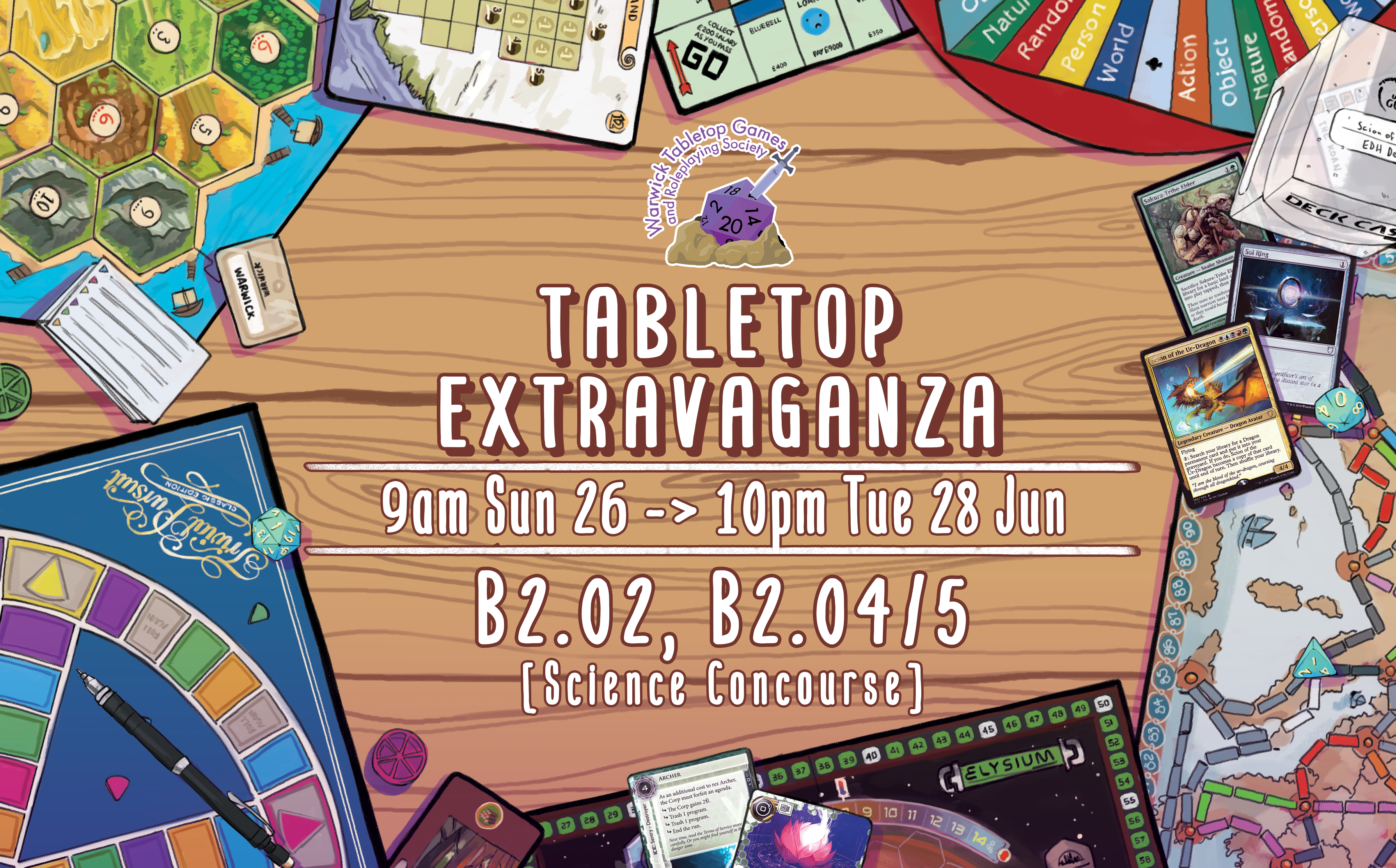 Our three day long gaming spectacular, Tabletop Extravaganza, begins this Sunday at 9am! You can turn up and play just about any tabletop game that the society offers, but if you are looking for something specific there are a few bigger events running, some of which have signups listed on the website already in order to help everyone be organised. I've collated those that I know about below but do keep an eye out for more events going up on the website throughout this week!

Just an early heads up that, due to Tabletop Radio which is happening all day Thursday and Friday of Week 10, CCGs will be happening on Wednesday 29th June in Week 10. It will be in B2.02 from 5-10pm as normal. 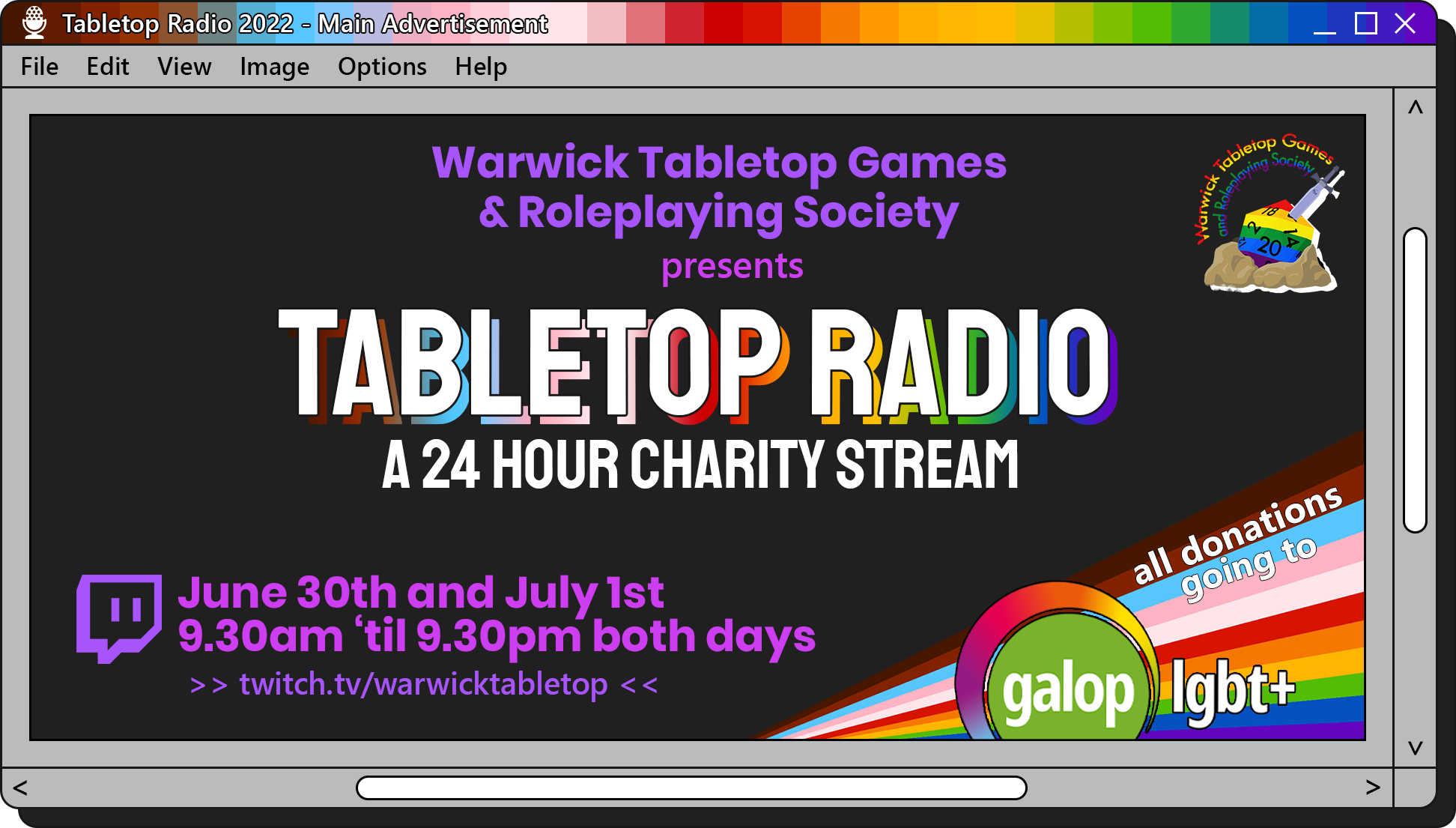 Tabletop Radio is hurtling ever-closer and we have an incredible line-up for you all! The timetable will probably drop this week as we are just having to make a final few scheduling adjustments so keep your eye out for that!

There are also still events available for you to sign up to!

We’ve still got two spaces left for our first ever live Tabletop Radio Gameshow! Expect all manner of mysterious variety rounds, featuring several game show based rounds such as “countdown” and “carrot in a box”. Furthermore, the initial idea of a wargames and non- wargames team has been eased, so if you’re a non-wargames player who saw the non-wargames team was full, fear not, you can join! We will decide on the teams after we receive enough players - here’s the signup.

Jackbox - There are 4 spaces left! If you're interested, sign up to the event, or shoot Scarlett (@ORCH1D) a message!

Chess 3000: The Next Generation Deluxe - Sign up to Chess here, there is1 space left! 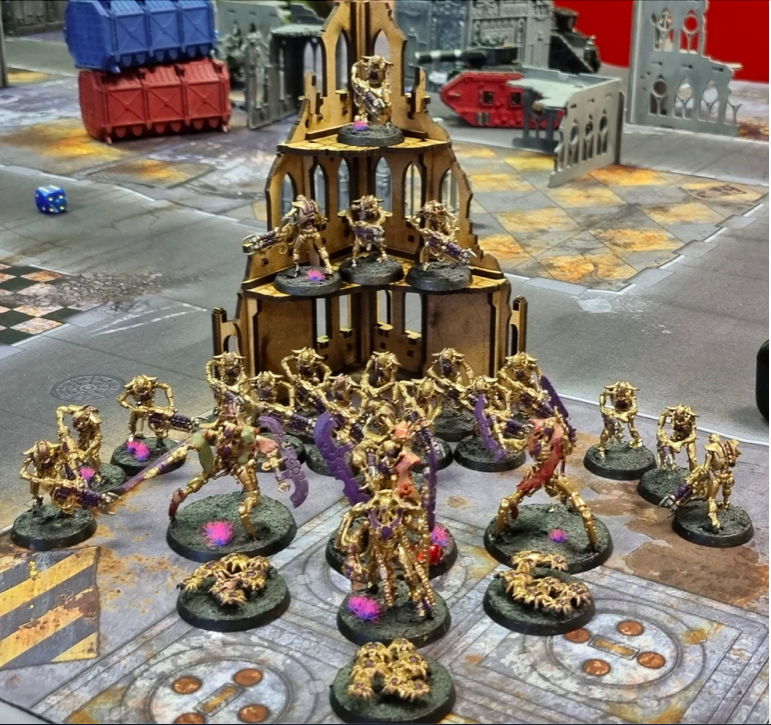 A huge thank you to Reylynn for donating this beautifully painted Necron combat patrol for Warhammer 40k, their brilliant gold carapaces will surely dazzle the competition! 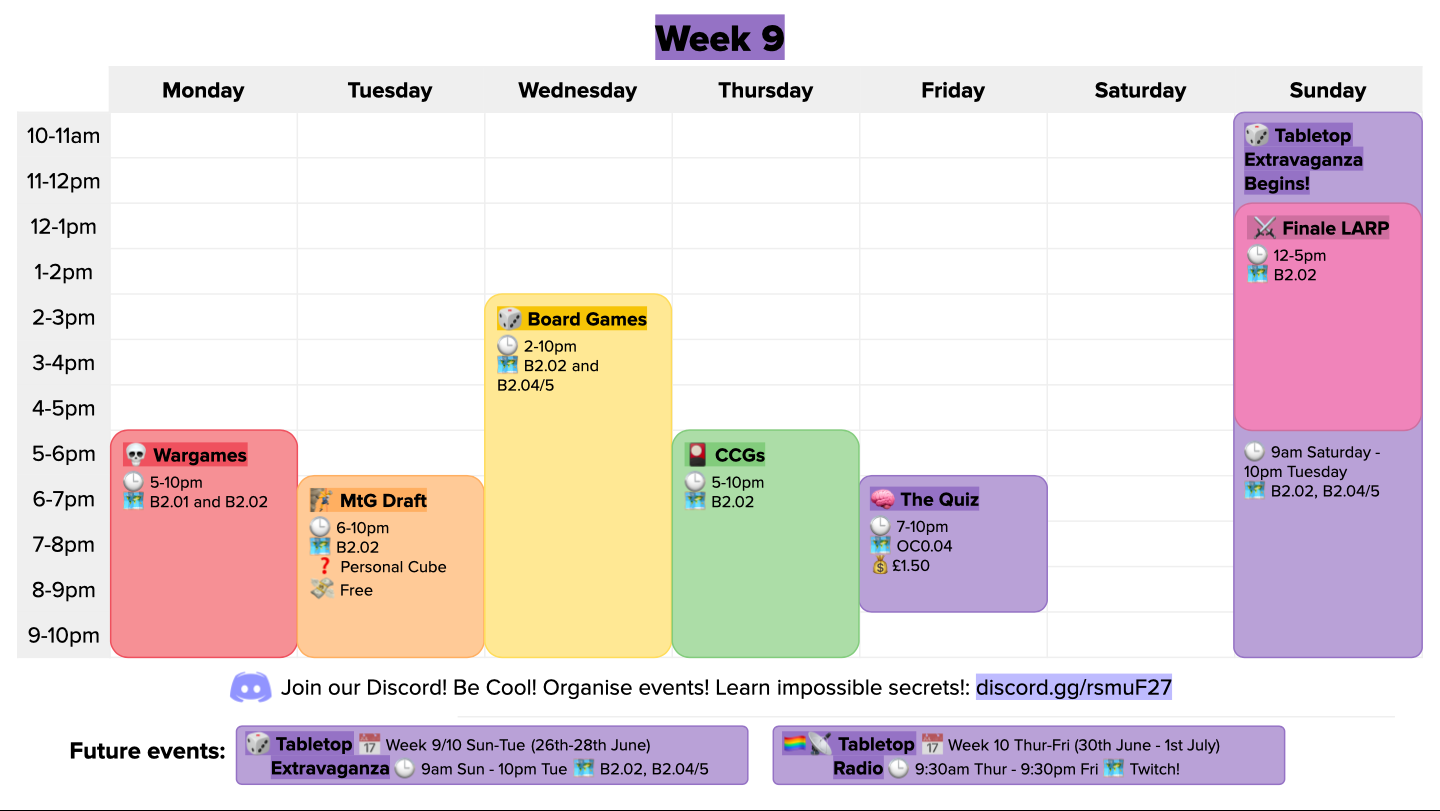 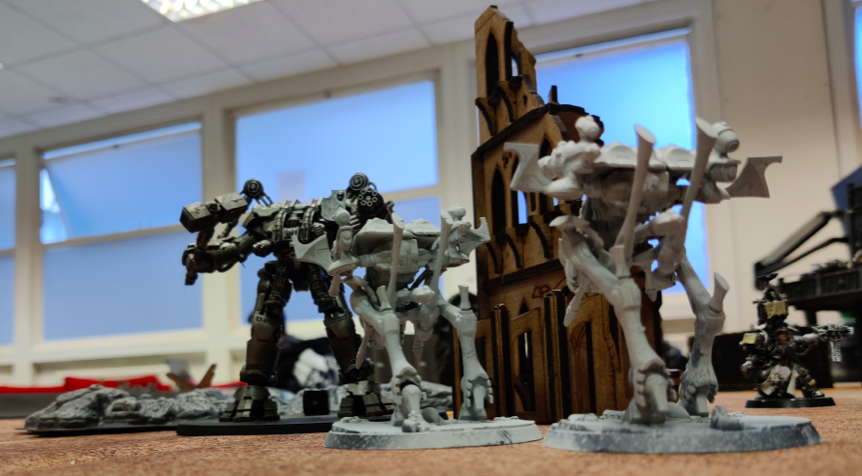 Buckle up for more wargaming content that I will do my best to interpret and condense (and a reminder to check out #highlights if you want the unedited versions!)

To the left we can see some mech size discrepancy. In my opinion small mechs should be described as Mechro and that is mostly all I have to say on the matter. 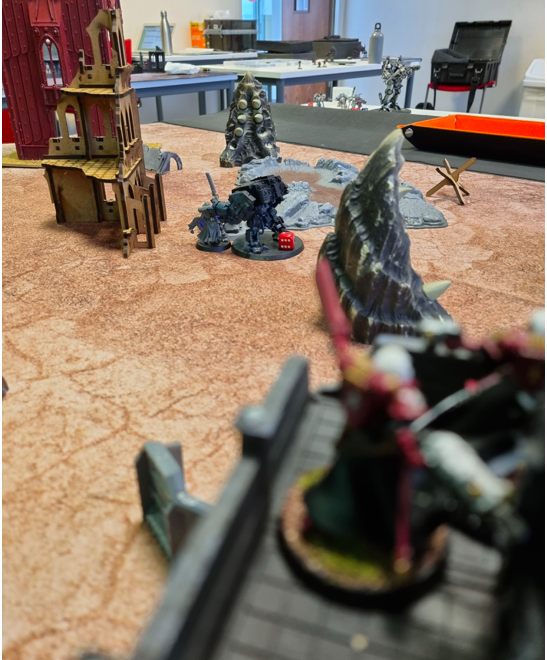 Mick had the high ground this week when she opted to oversee the battle from a tower. This turned out to be a smart move as a fellow Sister died to a Dreadnought (visible in the background) but once again Mick managed to survive! 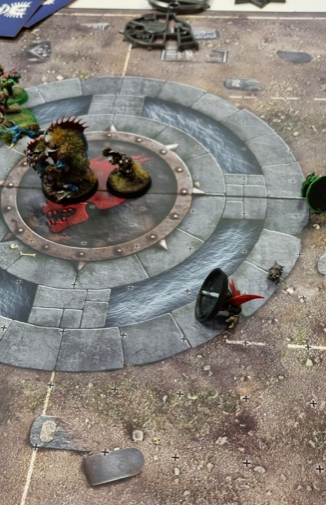 A highlight from Adam and Alex's "Gobbo v Gobbo" Bloodbowl game! The great Doom Diver gobbo, picked up by their troll teammate, is about to be thrown across the field in order to let the Doom Diver score an equalising touchdown.. was the Diver able to swoop their way to scoring..? Result: Disaster! In a clear fit of confusion, the troll ended up throwing Doom Diver gobbo the wrong direction, causing him to fall flat on his face and losing the ball! And this is only in the first half!

After the drama and intensity of the last few sessions, you’re ready to start a new arc. Not wanting to drop a bunch of exposition on you players as they enter a new town, you realise this is the perfect opportunity for a unique guide who is local to the area and who has some particular interests and goals of their own to add some depth to this new location. A list of... Unique npc guides is available for you below: