Okay seriously for the first time in my tenure as communications officer I've remembered the newsletter, I've got the time to write it, there's some stuff to say... This is actually working now. YAY!

Just a quick apology, the next 3-4 newsletters won't be the usual 'rib-tickling delight' that I'm SURE you feel they usually are. Exams and stuff forthcoming so the newsletters are slightly down the list of priorities, I'm sure you all understand.

Everything is now no longer available until... I guess we do them again eventually? But that means no more orders will be accepted for hoodies, badges and statuettes so please don't try, I'm sure your time is too valuable at the moment to make an attempt anyway. Some cool adverts for the badges were made, even though they're off the market now. They're pretty and stuff and complete with pictures of our beautiful exec, so if you wanted a look at them you can find them in the gallery. If you did order a badge or statuette, you should be able to collect these from Finnbar some time soon I am told. The order for hoodies will be going out tomorrow.

Newsletter Changes - Time for YOUR NEWS!

Because I'm an incredibly lazy bean who is far too awkward to ask people for cool things that happened, a news channel (#highlights) will be being created in the society's Discord within the next week or so. This is to be used exclusively for news that might be added into the newsletter, please go to the other channels for off-topic stuff. The newsletters get a little boring without things to write about, and it'd be hard to call myself the guy that writes the NEWS-letters without news being in them. If you aren't on the society's Discord server, feel free to also E-mail myself, my adress can be found at the end of the newsletter. Examples of the sort of things you may want to send in are:

Watch the Skies - SOLD OUT!

Every. Single. Ticket. That's right, if you are one of the lucky people that got your hands on a ticket for 'Watch the Skies' on June 21st, you are in for 8hrs of tense cold wars amid the chaos that is the onslaught of an alien invasion, but don't worry, it will be several magnitudes more fun than actual cold wars! Look forward to seeing people there. Make sure you're taking photos of all the crazy things your country (or alien invasion) get up to on the day, really want to hear what was happening outside of Russia after the game!

There is currently a poll up on the society's draft Facebook page to help Ares fill out the schedule for the rest of term. If you do go to draft please fill out the poll that can be found at this link. As someone who is yet to learn anything about draft I have no idea what the different options mean but I'm sure some of you do.

Keep your passive perception high in the coming weeks for details on our 'Boardgaymes' week (week 8) in support of Pride month. Currently we've got a coffee morning planned for some time around or in boardgames on the Wednesday, but if anyone did have any suggestions on what else we could run, feel free to contact the exec and we'll look into it!

This was 100% copy and paste this week! No changes from last week.

RPGs are, as usual, being run at the discretion of the DMs and more info can be found on them on the events page.

I'll start off with my own tale of DnD in response to Jon's battle plan last week. My own DnD group were sieging a fallen city that had been captured by demons. Battles in a city make for interesting plans of attack and good looking battle maps, this was no exception. After scouting out the area and planning our attack we produced what is a weirdly beautiful battle plan, which can be seen in the gallery. If anyone has any cool DnD related maps and such, I myself am a big fan of them so feel free to send those in too and maybe I'll try to make a regular section or something?

Jon's back with his weird ideas for DnD concepts. This week came the idea to replace the beacons of Minas Tirith with exploding frogs, so that when one exploded, it sent off an explosive cascade of frogs to Gondor. I'm not sure if this would be more or less effective in signalling an attack... I also have some concerns about the ethics of blowing up all these frogs and then capturing new ones to reset the beacons... hmm...

Thanks for reading once again if you have taken the time to do so. I wish you all the best of luck in the current exam season! Remember that if you do find yourself getting stressed out during the exam period, tabletop will continue running our usual events so feel free to drop in for a game and a chat. 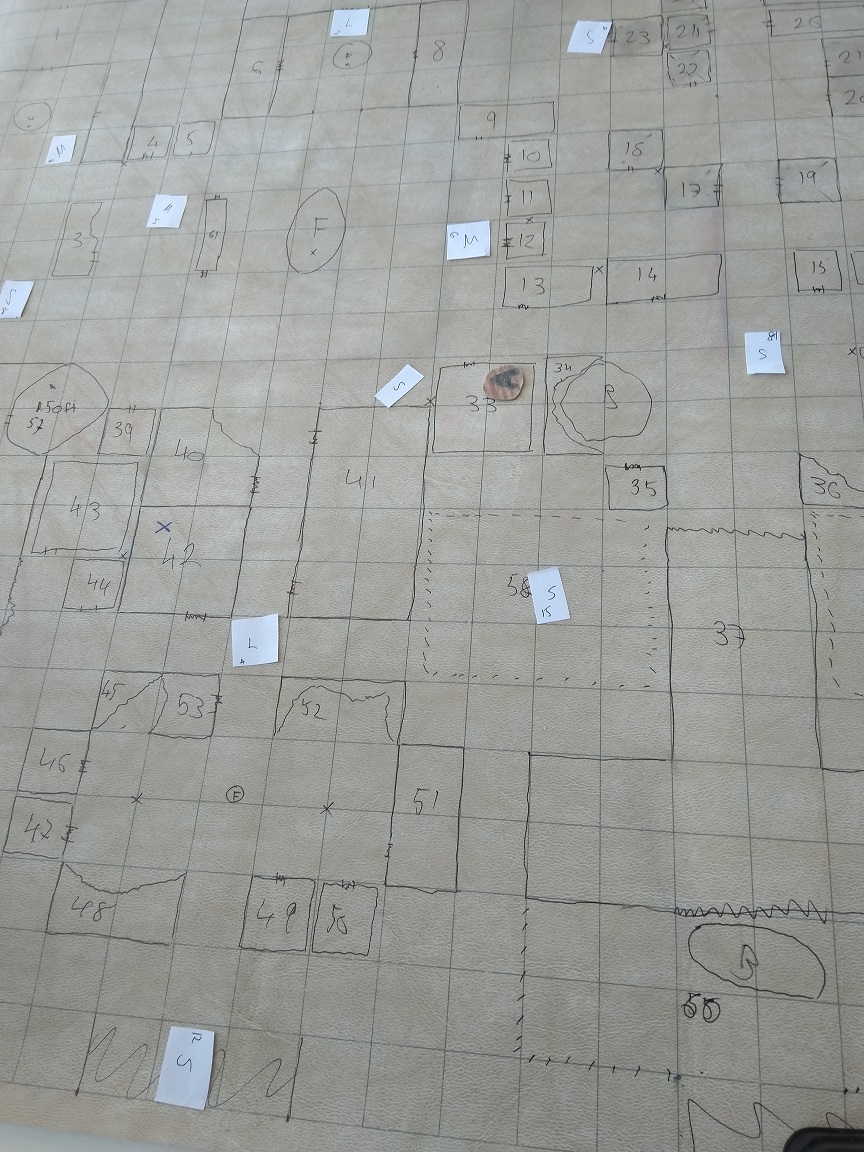 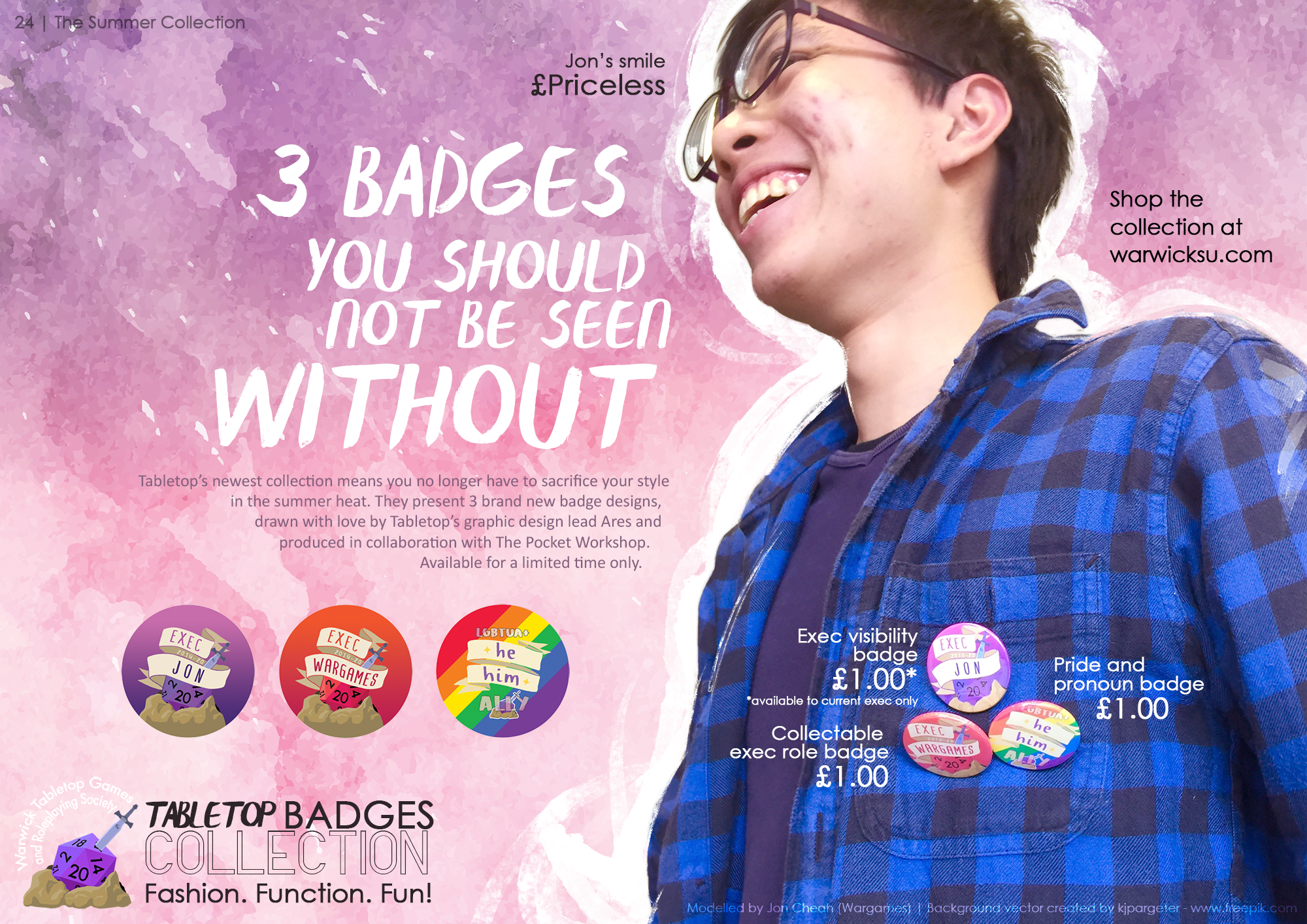 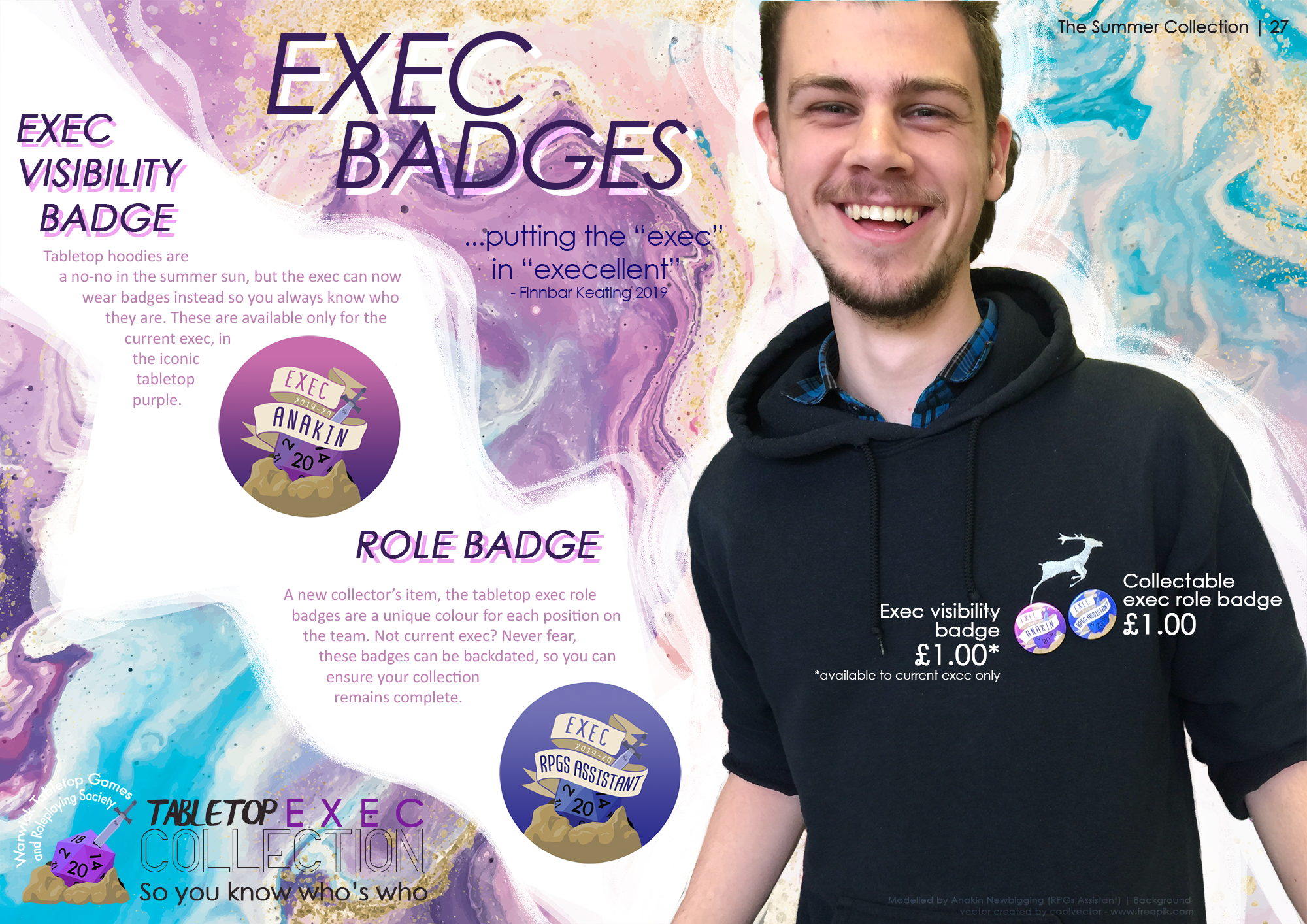 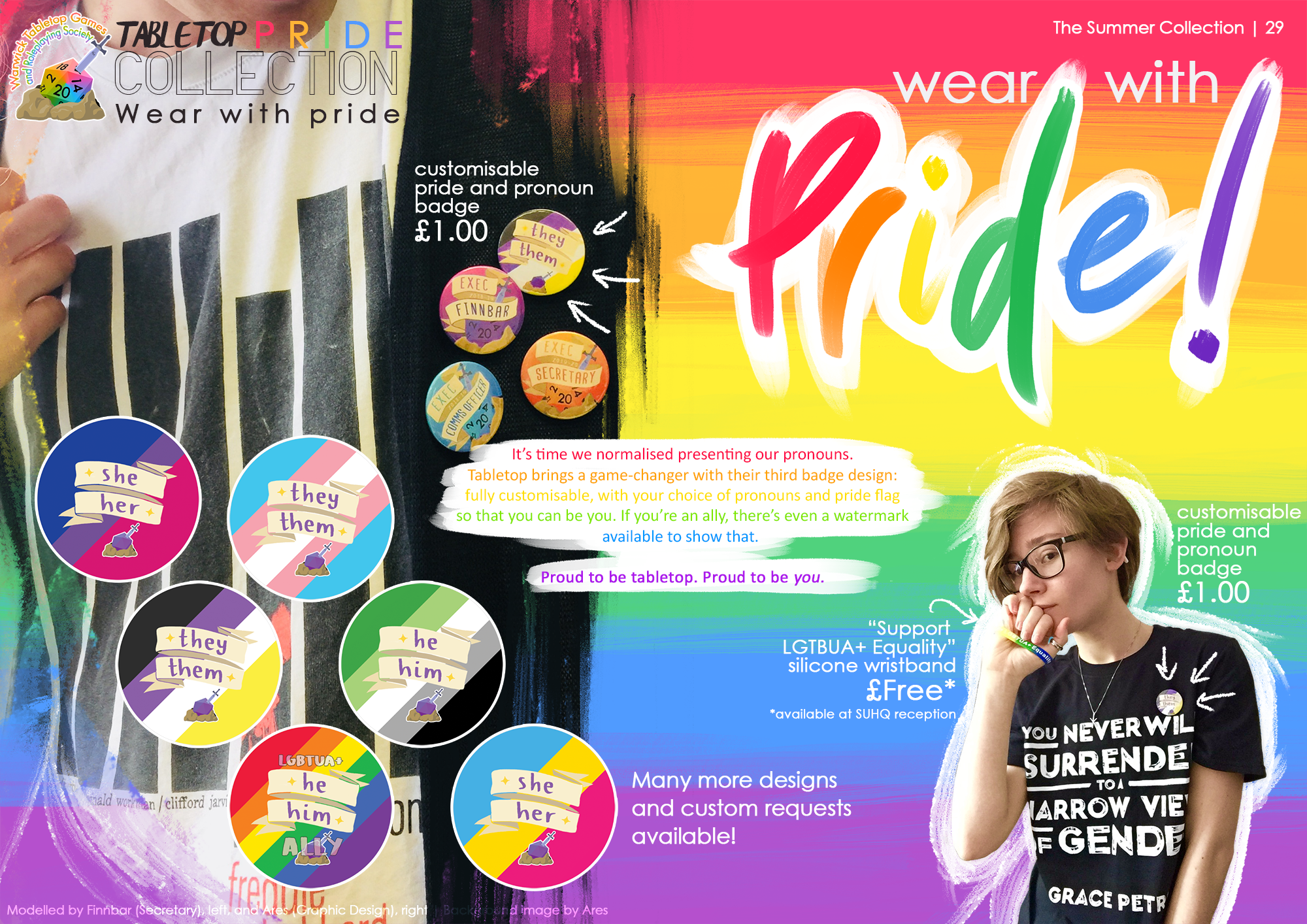 Badge Adverts (With beautiful members of the exec...)