If you've been here for a while, you've got a good idea what this entails. If you're new, then I have a treat for you! An entire weekend of all the games you can think of - stay for a few hours or even be mad and stay for the entire time (I am not responsible for how tired you'll get though). I'm sure different parts of the society will be running special events during the weekend (there have been cube drafts before as well as the all-important Rhino Hero World Championships), so keep an eye out for announcements and maybe get work done before that weekend so you don't miss out (said Finnbar, hypocritically). We'd love to see you there, as always!

Despite Netrunner's discontinuation, we're continuing to run events for it. So, if you've played a few games and have gone "hey, I'd like to play more", here's a casual tournament! And if you've not played but would be interested, turn up to our usual Casual Card Games event (or even ask us at boardgames!) and there should be a Netrunner player or two to teach you. Signups are on Facebook here.

No special events this week, but here are our usual ones:

As has been said before, contact your GM for RPG times and locations. If you're looking for one-shots or campaigns to join, take a look at the Events Page right here on our website.

I'm not well-versed in the ways of Magic, but the Guilds of Ravnica set (or as I've been told to call it The Return to Return to Ravnica) has been released recently, and is Very Good. It's also the draft set this week (and last week) so maybe you should return to return to draft if you want to play it, as £8 is still a very cheap draft. Also more pressingly why do the two-colour faction guild things have odd names, I mean seriously the word "Boros" doesn't particularly convey red and white, why didn't they just join the colours together and call it "rite" or "whed" or something it's really not that difficult.

In the RPGs corner, Lawful Tim is running a D&D 5e oneshot every week for the rest of term. In last week's adventure they spent five hours turning on a lighthouse. If you're looking for that kind of riveting excitement, keep an eye on the events page for his signups, usually posted on Mondays! ...wait, you don't know who Lawful Tim is? He's part of a legend dating back to the very start of the society. The society's balance is held in the Timforce, a sacred set of triangles that when reunited let the user play any game they want - a source of power that could shake the very fabric of our being. The Timforce of Wisdom is held by Tim Hutchinson, the aforementioned Lawful Tim - a quiet figure known for his ability to run one-shots and snack. The Timforce of Power is held by Timothy Smith, also known as Chaotic Tim - the kind of Tim to kill all his players in a one-shot and lose exactly one shoe. The Timforce of Courage, however, is held by an unknown entity, one we only know as "Neutral Tim". All we know is that this Tim is the only thing keeping this society from falling into disarray, and will reappear when the society needs him most. That is... the Legend of Tim.

To end slightly underwhelmingly after talking about a legend that continues to shake our society to its core, we were at another societies fair this weekend, this time for prospective students! We're hoping that we've persuaded many of them to join our ranks next year with the temptations of gaming.

[This week's newsletter is dedicated to the various peeps on #rpgs on Discord for the naming of the Tims, and Aleksa for "return to return to draft"] 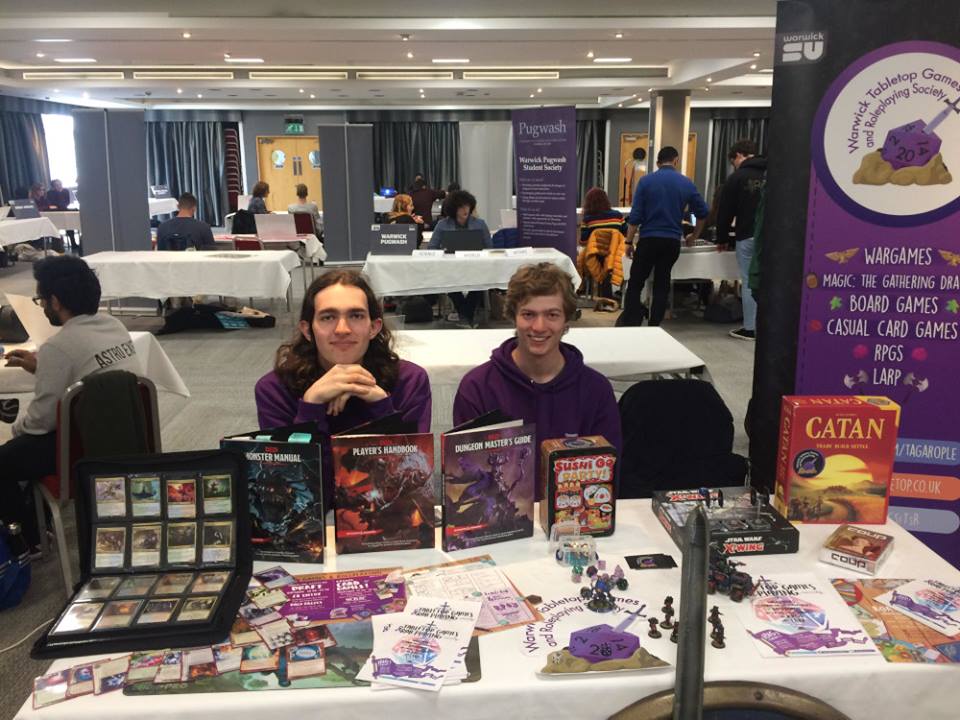