Term 1 Week 3 Newsletter - Board Games Weekend is THIS WEEKEND!

Something something Blaseball??????? (confused Ares noises) 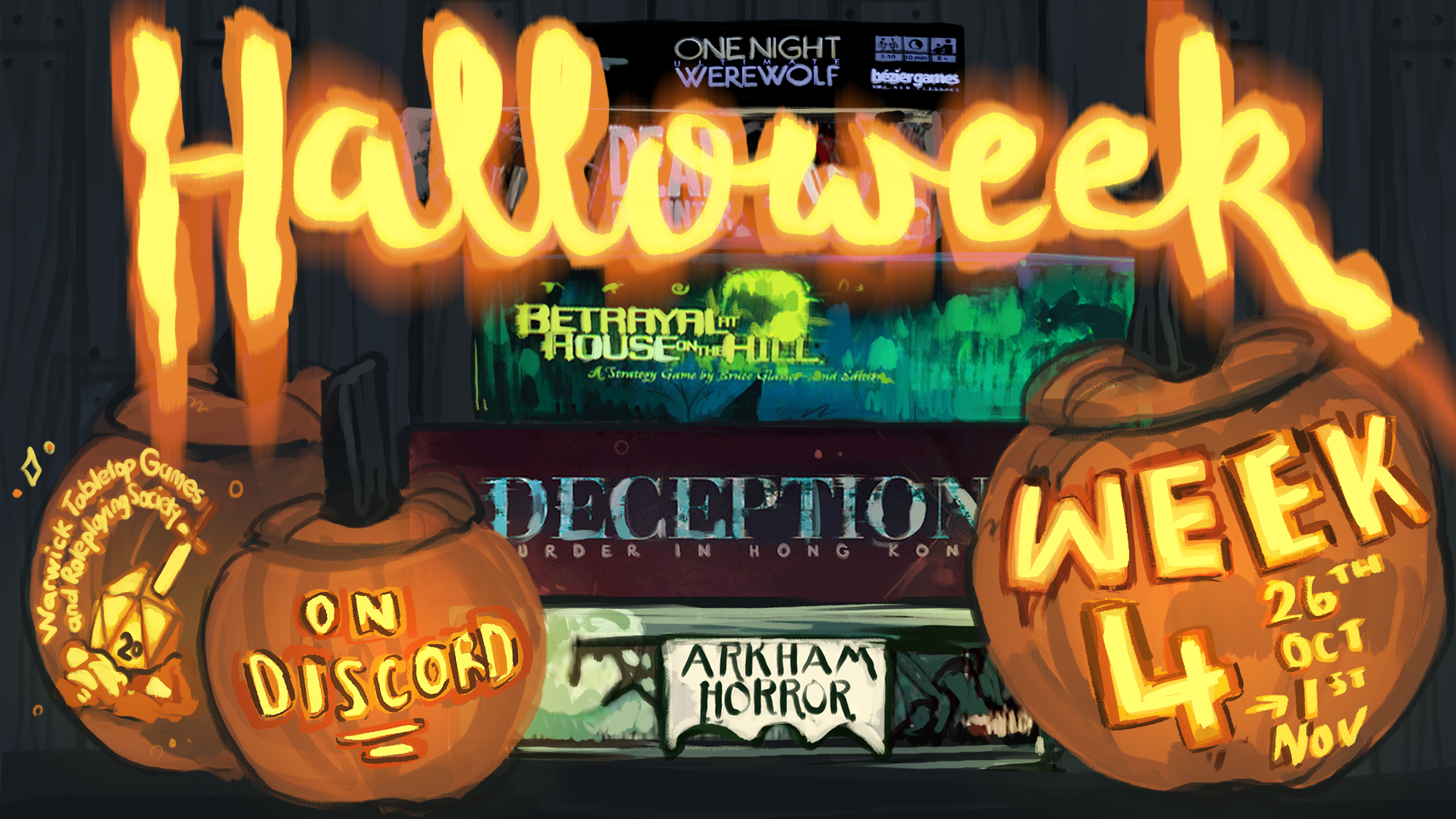 Hallowe'ek is soon upon us (it's next week! Where did the year go?!?) and we've had a number of one-shots appearing on our events page to celebrate spooky month. I'll give you a cheeky run-down here, a little taster of what's to come. But remember to sign up to an event if you want to take part, and remember to get in quick if you're interested in one - it's first-come, first-served.

Ten Candles - A Tragic Horror RPG (run by Sol, up to 4 players)

One night of Hallowe'ek, online, check out the event here

"Ten Candles is a tragic horror, time based, cooperative story telling game in which you tell the stories of characters in their final few moments of the apocalypse. They will die. That is all that is true. The rest of the story is up to you. There will be a GM, but Ten Candles leaves a lot of the story to the players, mechanics have you fight over the narrative to tell the stories of your characters, what they find, who they encounter... It is a low-prep, heavily narrative based system that promises to be atmospheric. So prepare yourselves, it's not for the faint-hearted!"

Nice Marines: The Emperor's (New) Halloween Party (run by Jamie, up to 6 players)

"It is 40,000 years in the future. The Emperor, who was once the most powerful being in known existence, is now little more than a corpse on a golden throne of lies. However, we all know if there’s one thing skeletons in shiny seats love, it’s a good Halloween Party! The duty of planning this event is acclaimed by all across the sector, and as the the emperor’s current favourite space marines, you have been given this great honour! You’re not exactly built for a peaceful mission, but as long as you dive into every situation with the utmost zeal, what could possibly go wrong?"

Saturday 31st October, Afternoon(ish), via The Internet in the Fiasco system, check out the event here

"We all know the story of how the Hall Stars defeated the Shelled One, freeing Blaseball from its tyrannical rule and possibly escaping Blaseball in the process. Through this, the Crabs, and Blaseball, ascended.

But what if they hadn't? What if the crabs had limped back from their defeat, accursed and ashamed? What if a newly angered shelled one watched over the league with anger in its peanut heart? What if we ignored most of those deep questions that exist mostly to justify this being horror and thus run for Hallowe'ek, and instead asked ourselves a much more important one:

What is it that blaseball players actually do during the Off-Season?"

DREAM HEIST (run by Finnbar, who knows how many players but Probably 6)

Sometime in The Future (in The Night), Somewhere Online in A New System, check out the event whenever it Mysteriously Appears on the events page

"It's said that everyone has their own personal books, a script to play out life from. You are all Readers, arcane thieves who are able to manipulate these books, take events from anywhere within them and play them out, no matter how it fits into the now. You work in the world of dreams and nightmares, but after a botched heist there the authorities are after you, and you need to find a way out..."

Welcome to DREAM HEIST, a surreal late-night RPG coming soon to a Tabletop Website near you.

Here's the low-down from Jon, as I know approximately zero about X-Wing except for what Finnbar has told me ("ships go zoom, explosions go boom, Finnbar goes "ah feck my A-wing exploded" "):

We’re doing another casual X-Wing tournament! It will be 3-4 rounds of Swiss pairings played on TTS, standard 200pt, 75min games. Don’t worry if you haven’t had much experience with X-Wing, it will be a fun and different environment to ad-hoc games. We’d appreciate if you filled this form out so we can gauge interest as to whether people would prefer this to run on a single day or over several weeks. Dates to be determined via doodle poll soon! 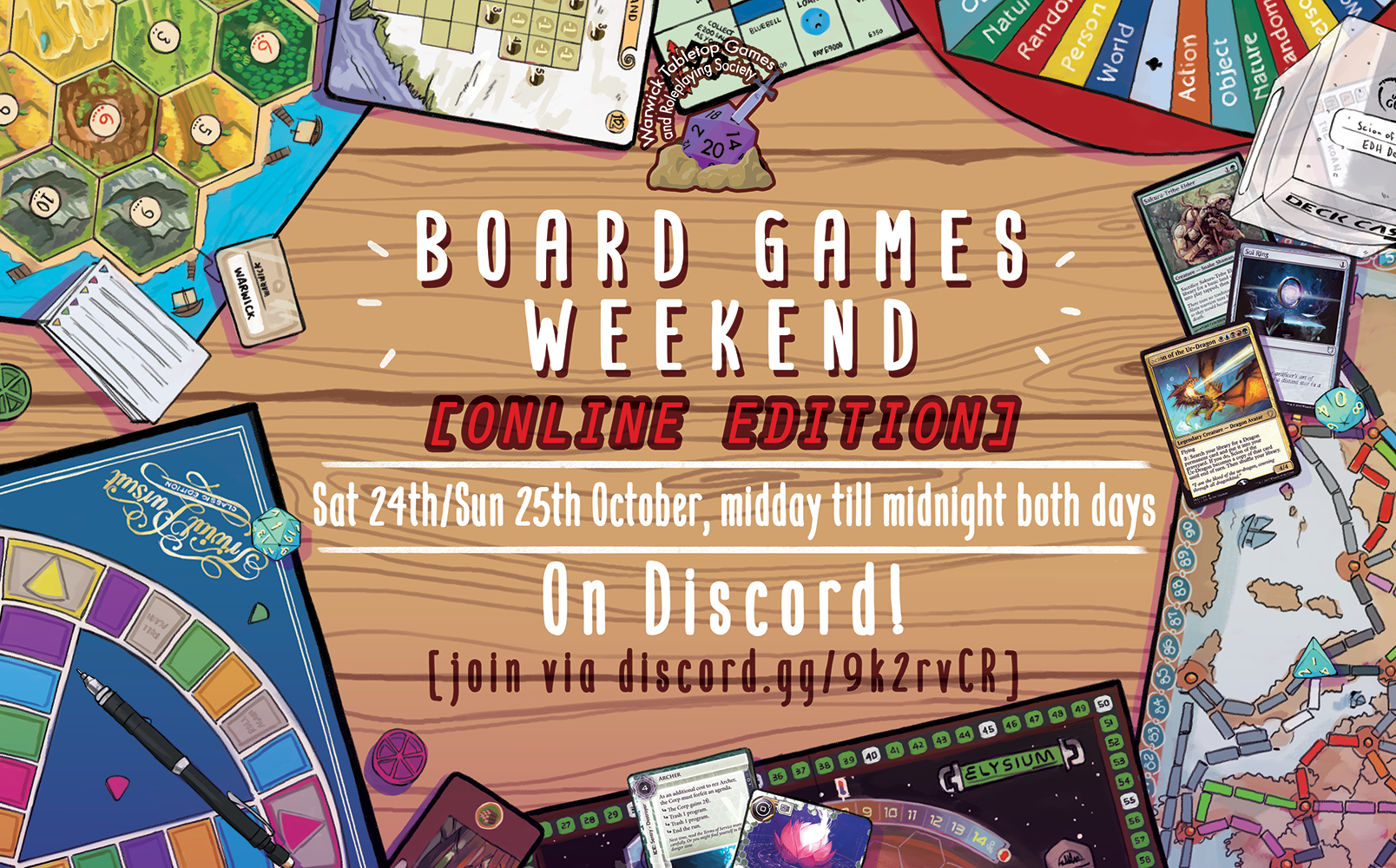 This weekend is not just a regular weekend - it's board games weekend!

Remember, you can always view our live schedule on our Schedule page.

Yesterday morning we had an exec meeting in which we discussed upcoming events, and... (drumroll)... the revival of LARP! Yep, you heard me right, LARP is coming back babey! It will definitely be different to the usual style of LARP, due to the continued need to distance - rumour has it that it will be a LARP focussed on sniping your enemies with your phone camera. Keep an eye on this space for a date and some rules, coming soon!

Talking about exec meetings, I'd like to remind you all that everyone is welcome to listen in to exec meetings when we host them on Discord. While non-exec cannot speak over the voice chat while the meeting is taking place (to avoid the meeting becoming utter chaos), we have a special text channel (#exec-meetings-channel) for everyone to make their comments/suggestions as the meeting happens. You might even see some friendly faces as we test out using our webcams.

And finally, a new craze has seemingly emerged from nowhere - this so called "Blaseball." Something about baseball teams, crabs, and fighting god? I'm not sure I want to learn more, but if you do, there has been plenty of chatter about it in our #off-topic channel on Discord.

Well, that's all from me this week! Enjoy board games weekend! 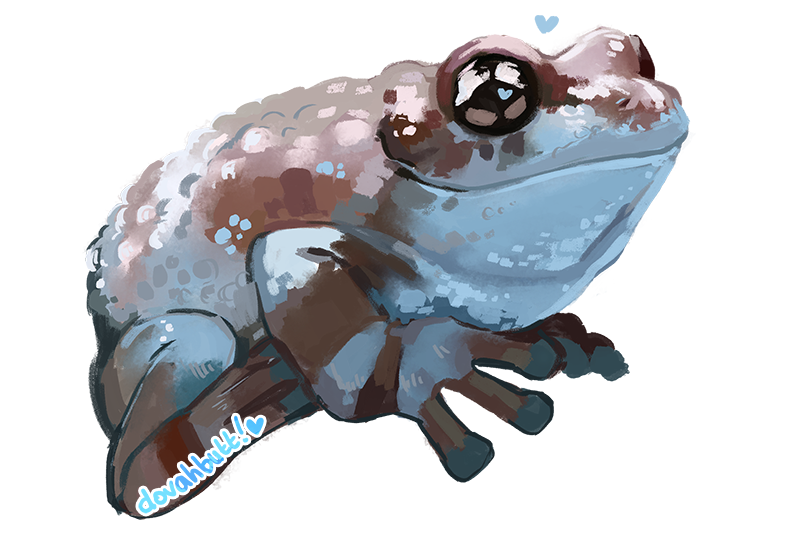