We're counting down to Tabletop Radio and I am Panicking!!

Over the next couple of weeks, you'll likely see a lot of ad hoc test streams from us on our Twitch channel as we race through trying things out now that exams are done for a lot of us. We'll probably announce these on the Tabletop Discord as they happen.

We'd hugely appreciate it if you could go give our Twitch account a follow if you're interested in Tabletop Radio - if we want to speed run becoming an affiliate account, we need 50 followers asap!

We have a chunk of time during Tabletop Radio dedicated to two amazing RPG One-Shots, Adventuring with Pride and Monsters on a Cruise Ship, and both are still looking for players to take part! The only requirements are that you have a somewhat passable mic, fairly okay internet (both of which we all struggle with, don't worry!), and some free time to both participate during the times given and do some character prep over the next couple of weeks.

Vicki, Mika and Mirabelle wake up in a jail cell, and none of them can remember how they got there. Can they escape from the clutches of the mysterious Queen?

The Enchanted Woods is a campy romp featuring good amounts of combat and social interaction, with an RP focus.

Monsters on a Cruise Ship

(Description and Ad both created by Finnbar)

In Monsters on a Cruise Ship, you all play monsters on, well, a cruise ship, participating in the romantic reality TV show of the same name. You'll be fighting it out to woo the eligible bachelors on the show in a set of fun challenges with definitely no mischief from the crew. Those who get a date get the honeymoon of a lifetime and a cash prize! Those that don't get thrown overboard.

This is run in an Apocalypse World based homebrew system built entirely for this one-shot - while it'll be new to everyone it's very simple, so don't worry about that. If you want to play, you have to be okay with the idea of bad (and by bad I mean amazing) flirting - if your idea of a good flirt would be at home on a tumblr shitpost, then this is the game for you!

If you're interested in taking part in this, please contact Finnbar (@finnbar#1659 on Discord) and they'll send you the relevant documents, answer any questions you have, and get you involved! It's probably also worth noting that we'll have a pre-stream session at some point before the main event happens. 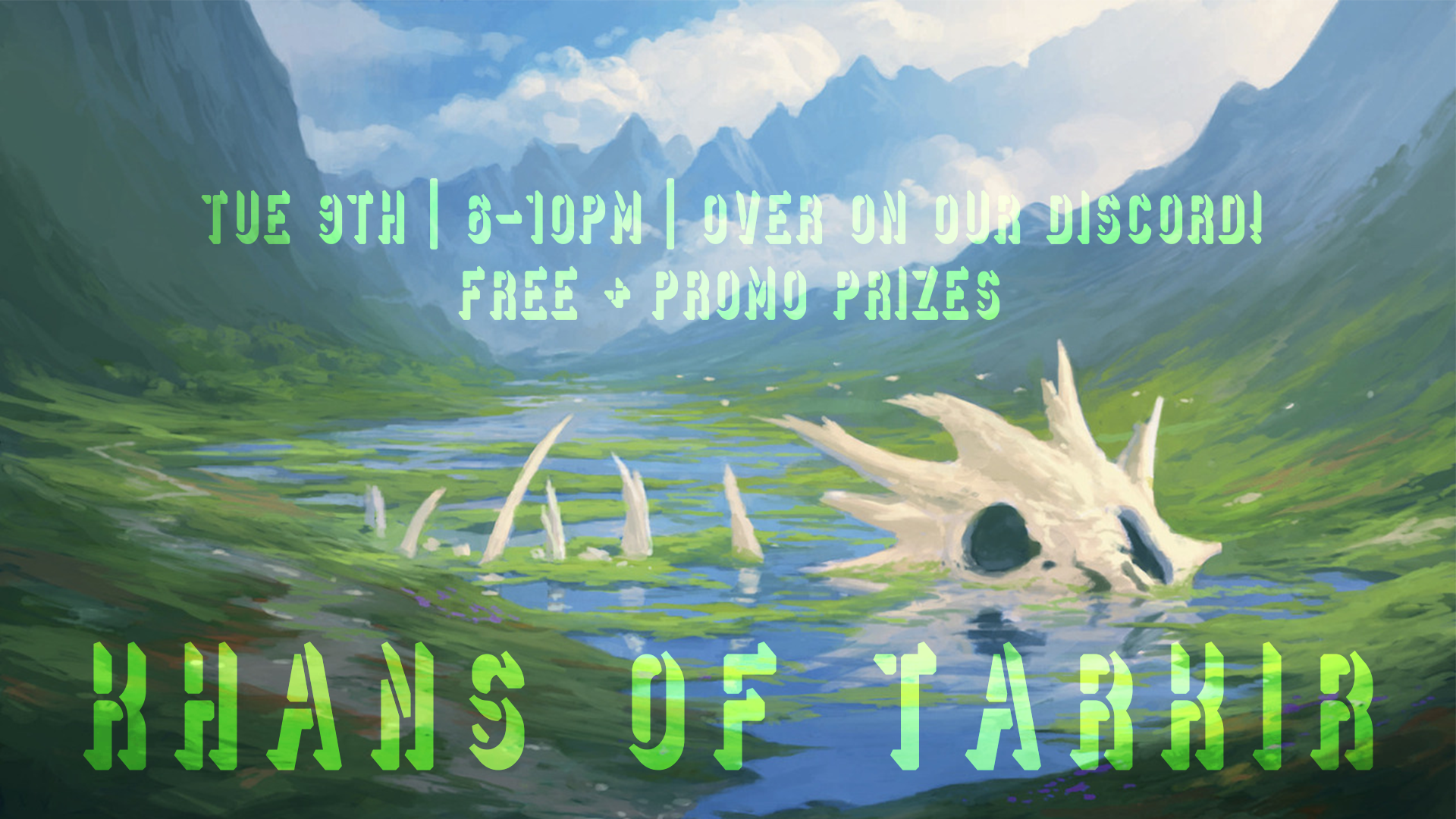 Continuing with the celebration of Pride, we now have an animated Pride flag logo! You can see this displayed over on our Discord server (due to the kind souls who have Nitro boosted us).

Itch.io dropped a bundle of 700+ games for Racial Justice and Equality! You can find it over on their site for a mere $5.00, and big-name highlights include Night in the Woods, Oxenfree and Catlateral Damage, but it also contains a large amount of doggo games, Desktop Goose, enough RPGs to keep you busy for the next year at least, FROG, and Kissing Comrades (a 200 word LARP of anti-fascist makeouts). There's definitely something for everyone in there, so please go check it out, especially as all proceeds will donated to the NAACP Legal Defense and Educational Fund and Community Bail Fund (split 50/50).

Finnbar reviews one of the games in the bundle - Beglitched 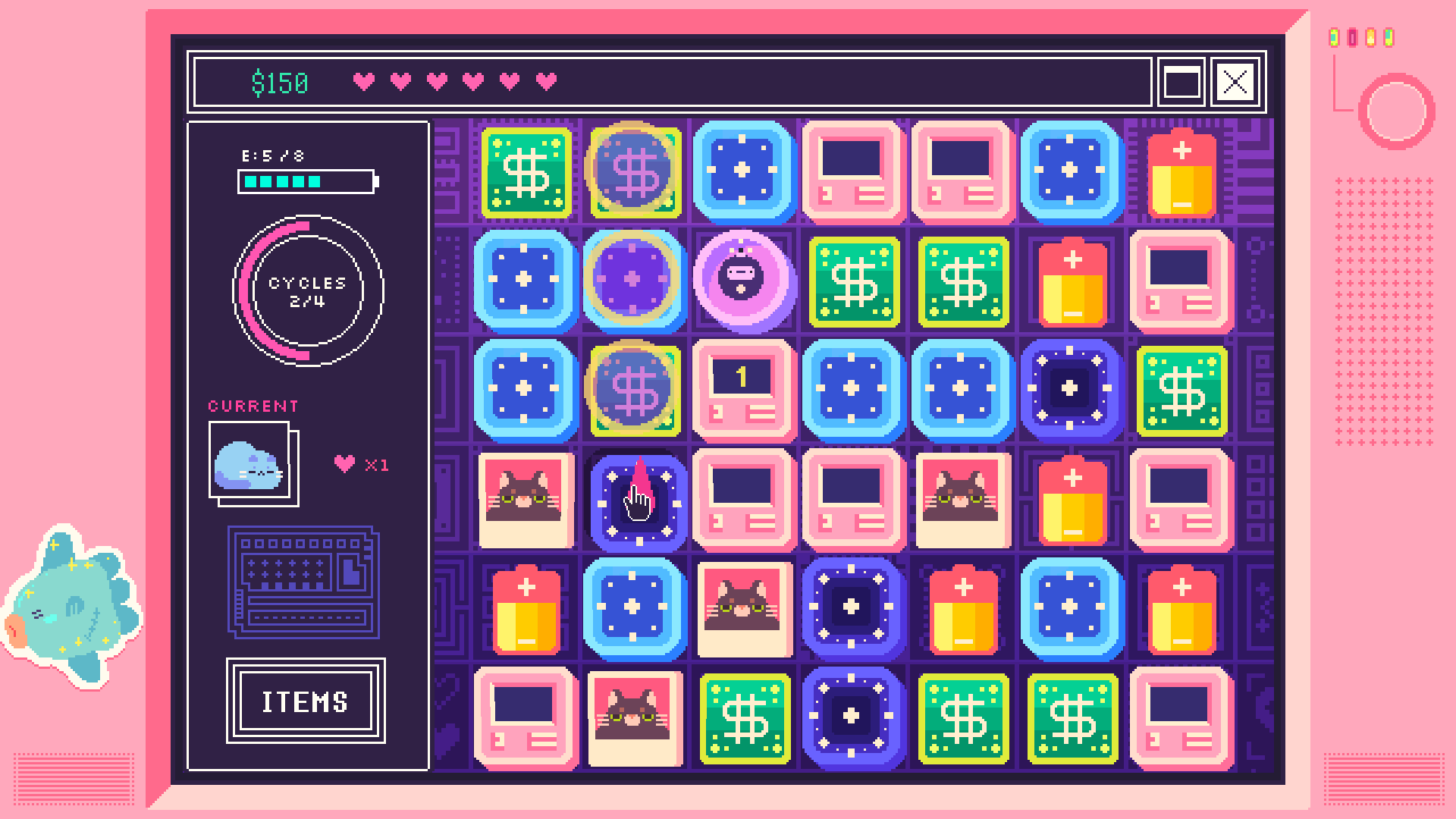 Aight fuckers, welcome to Finnbar Reviews, a new section in this week's newsletter where I review one of the games in the aforementioned bundle. This week we're gonna talk about Beglitched, and I don't think y'all are ready for this shit but we're gonna get going anyway.

Beglitched is a puzzle game available for Windows, Mac and Linux (!!) in which you take the place of a computer witch (goals tbh, I wanna be a computer witch when I grow up) called Glitch Witch. She seems nice, giving you a bunch of hints about how to do the Cool Hacking Things so you can take her place and fight enemies in bizarre puzzle combat. Also it's cute cyberpunk which means it's so up my street that they had to extend the road. There are two parts to the game: exploring the network and fighting bad guys.

Exploring the network is a pretty cool thing, you do this neat deduction minigame where each computer terminal shows what's hidden in each of the connected terminals. This is a cute, enjoyable puzzle and also fundamental to the game because you need to find the exit in each network, preferably while avoiding enemies.

The fights are really where shit gets real tho. You're playing a match three game and a deduction game at the same time. You've got a limited number of moves (cycles, which can be increased by matching computer terminals) to both match symbols to get bonuses and to work out where the hacker is. You can either move stuff to match symbols, or click on the symbols to do cool things, like in the picture where I've used a compass to find out which direction they're hidden in. Think of the board game Treasure Island, except it's also a match three game and if you run out of cycles the enemy attacks you instead of just running to his treasure and going "smell ya later". I don't think I can emphasise enough how cool a puzzle this is.

Also your grid stays the same between fights so you can use an easy fight to upgrade a bunch of the things on your grid and then use those in a harder fight?! So even though you don't want to fight enemies, maybe you should so you can get ready for that harder fight.

There's also cat pictures in the game. As a thing you can have in your grid. 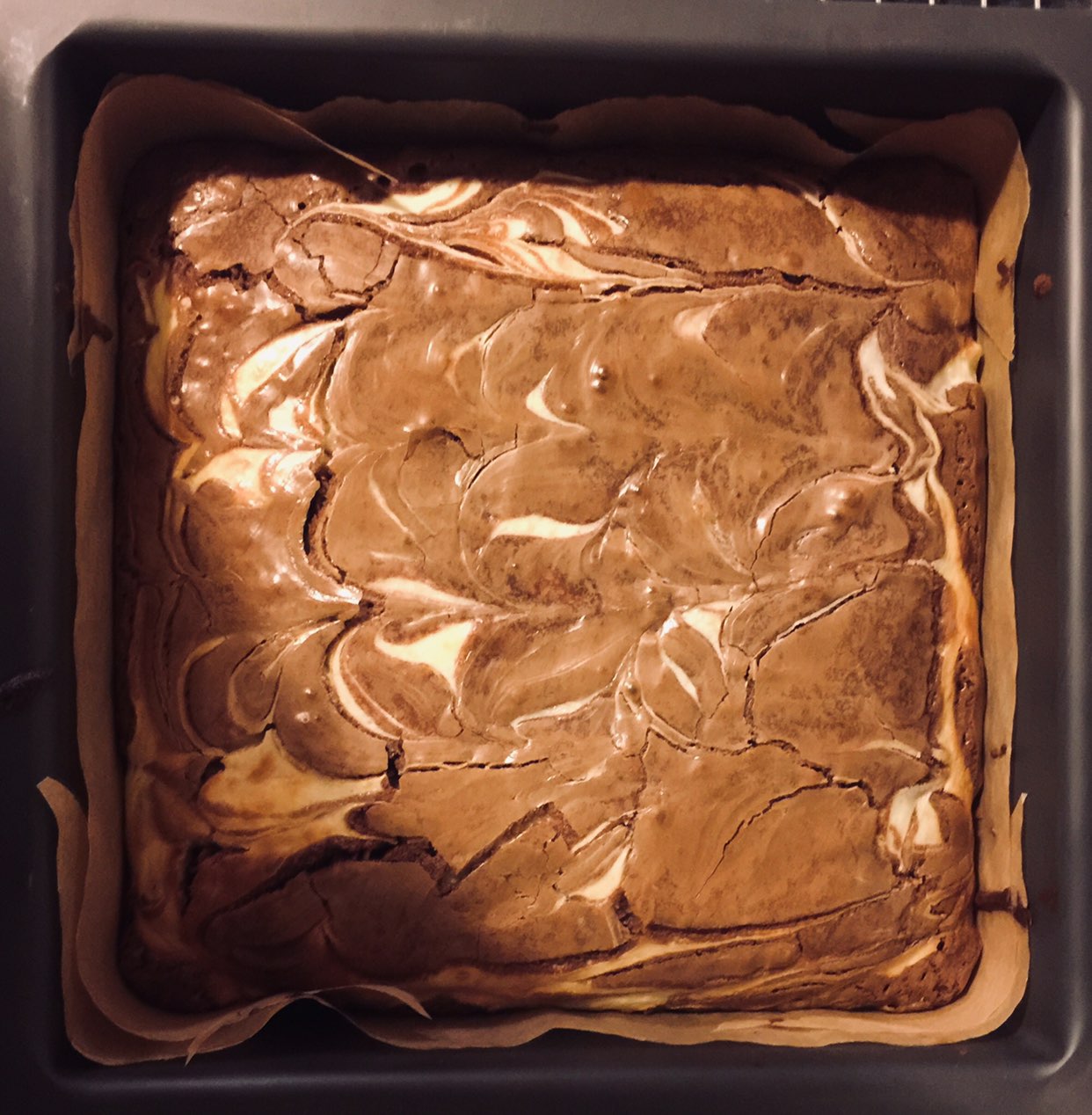 I love cheesecake. I love brownies. And boy do they taste fantastic when combined. My go-to brownie recipe is from Delia Smith's cookbook How to be a Domestic Goddess, so I've uploaded a scan of that recipe here. I just took the cheesecake recipe from here, and spread that on top as they direct, and then cooked it for the amount of time the Delia recipe says. I did not make a smaller amount of this... It's just too good (is very glad I exercise with the Ring Fit enough to burn this off).

That's all the news from me this week! If you've finished exams, CONGRATULATIONS (get some well-deserved rest)! If not, you're in the last stretch, you can make it!! <3

Wash your hands, stay inside, and come play some games with us <3 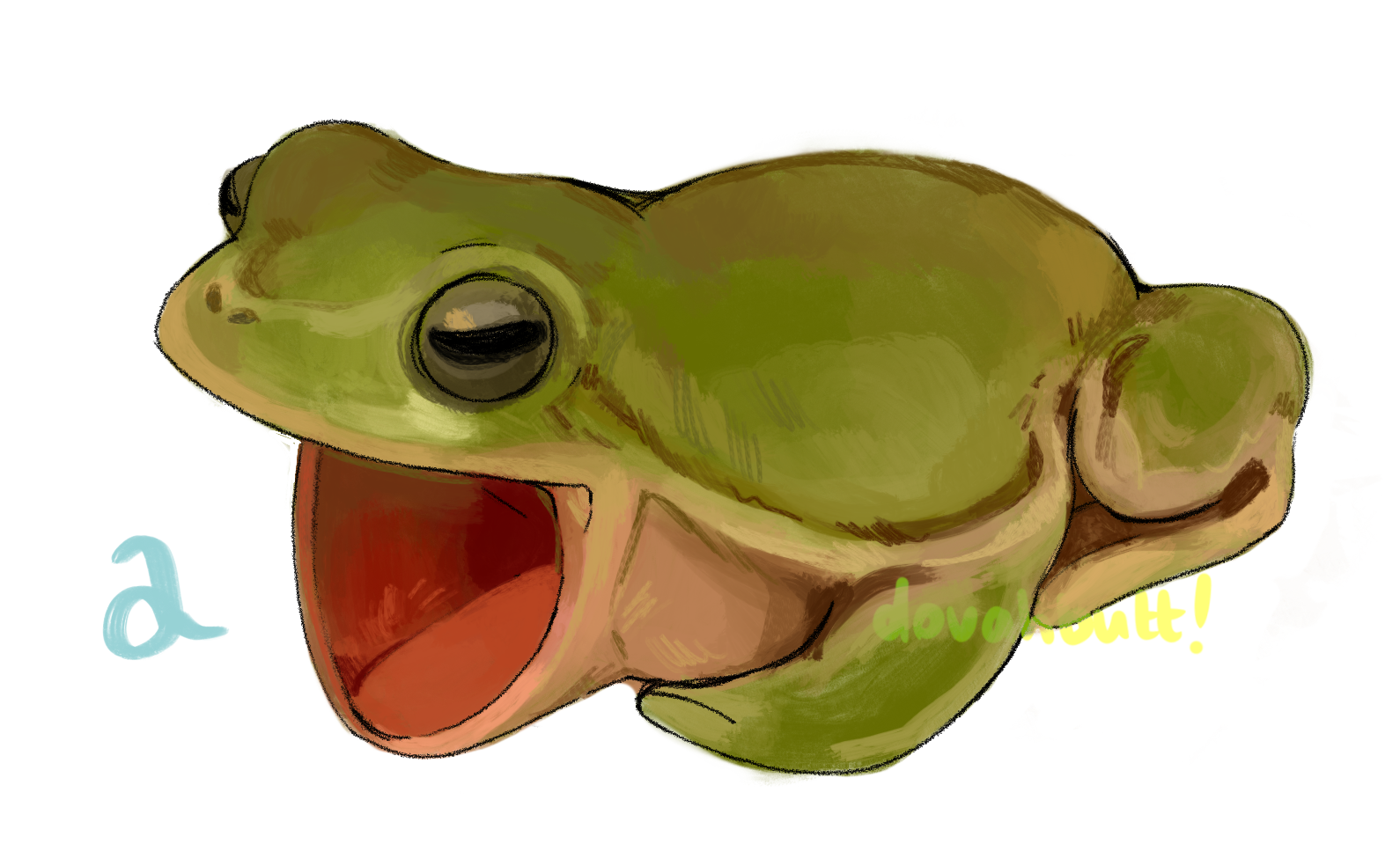