Term 3 Week 7 Newsletter - We won something!

Two things to announce here - first, we have some democracy that needs to happen! Basically, there are 2 RPGs we have planned - Thirsty Sword Lesbians and Paranoia - and only one slot to run them, and we decided the fairest way to do this was to leave it up to a vote on the website. 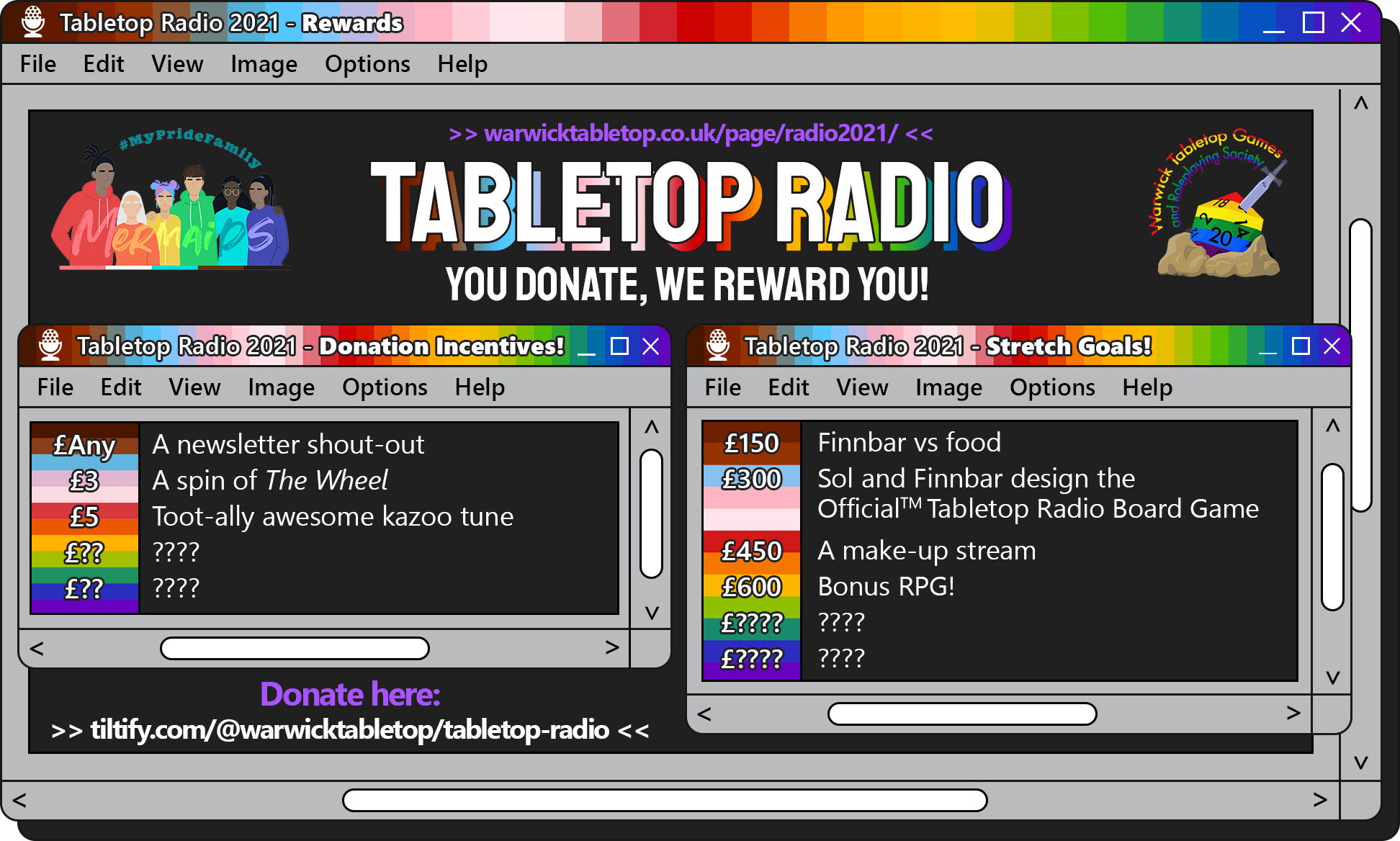 Second, we can reveal some of the stretch goals and donation incentives for Tabletop Radio! If any of these sound like things you want to make happen (here's a hint, they are!), remember to donate to Tabletop Radio when it happens!

We finally won something in the Socs Awards! For the first time in forever, apparently, though I wasn't at uni then so did it really exist? Anyway, we got nominated for Online Event of the Year with "Pride Month" (we put tabletop radio on the form but whatever), and we won Most Creative Society with the Depths Megagame. Finnbar and Ares super deservedly won Recognition for Outstanding Contribution to Societies, for being just generally all around amazing people. Now with 100% less vampires (sexy or otherwise), Twilight 2000 is an RPG about the survivors in the aftermath of a WWIII that never happened, and their struggles to survive in a hostile wasteland, and possibly even to try and rebuild something from the rubble. It's currently looking for two more players (with any level of RPG experience.) 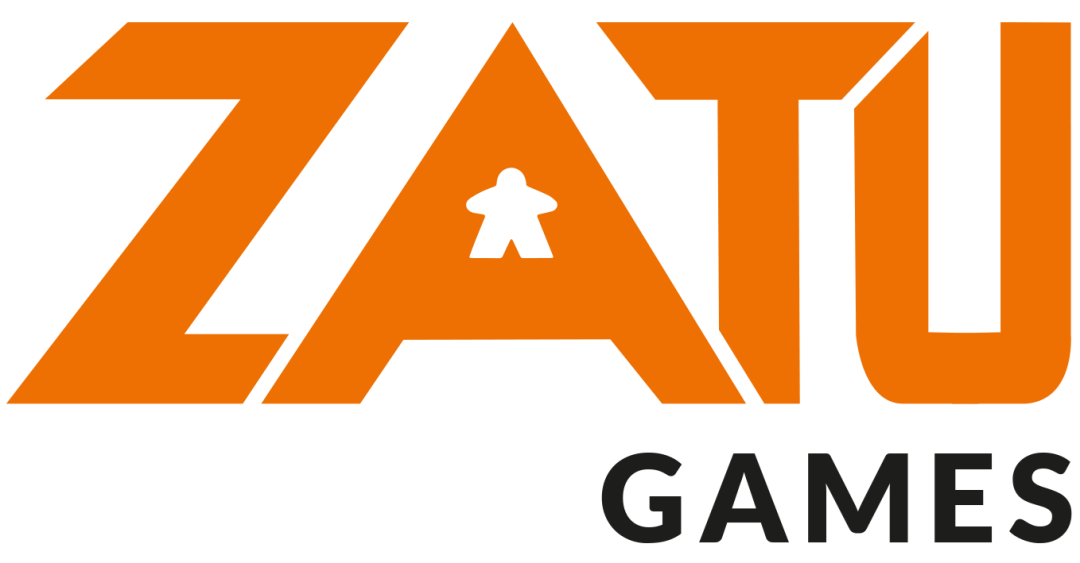 We have a new discount code from our sponsors Zatu Games! Use the code UNI5 to get 5% off at checkout. 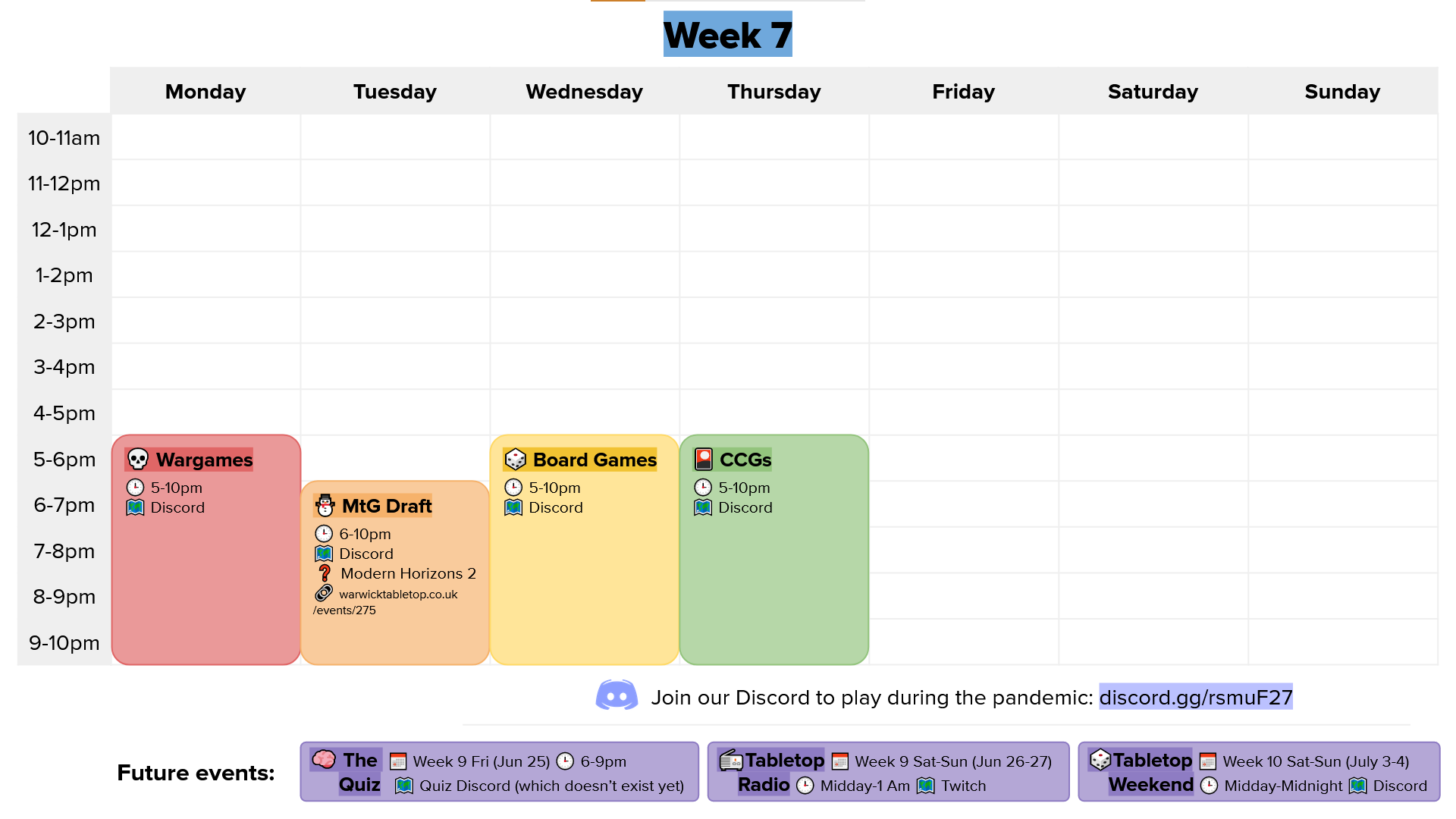 James goes for the X-Wing "somebody explodes" speedrun. It turns out if you just pick a bunch of cheap ships that damage themselves at the start of the game, stuff them full of upgrades that make them explode on death, and dare your opponent to cause a chain reaction, nobody has the willpower to make the tactical choice rather than make three or four things explode with one shot, taking out most of your ships with them. 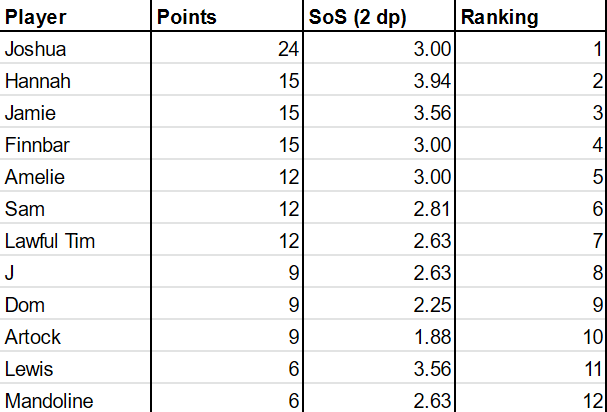 The Netrunner startup league has ended after four weeks! Congrats to Josh for winning (and not only winning but also never losing a game!) on Built to Last and Hoshiko, and Jamie for organising everything! It's been a blast to play in. 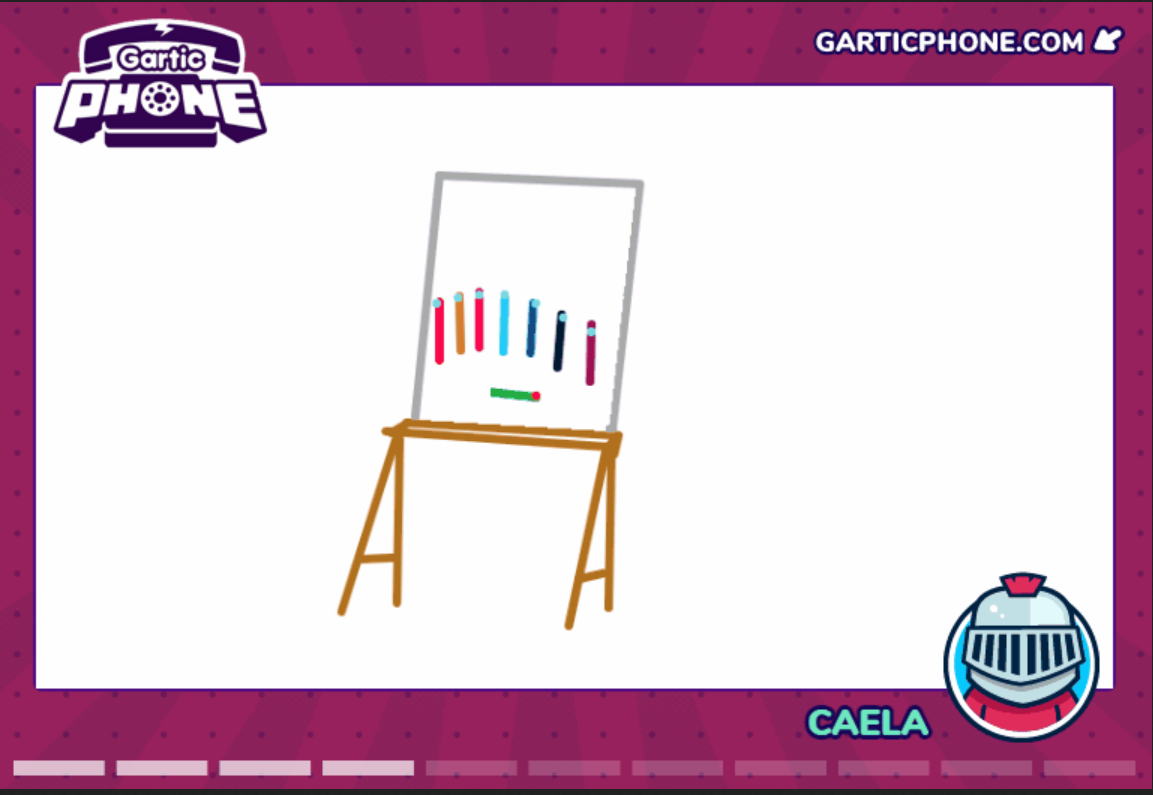 Gartic Phone happened. As usual, this was an experience, with Reylynn giving into the temptation of turning as many prompts as possible into Among Us, Finnbar pleading for help (and being ignored), and Alex explaining how many things are actually CCGs. (X-Wing is a CCG don't @ me)

This week's magic item is... the Gartic Phone! A small device made of some unfamiliar substance which, when held, allows you to freely transmit images or ideas telepathically with anyone you choose, and allows them to communicate back. However, the message is transmitted through a handful of very... enthusiastic... imps, with limited artistic talent, working under time pressure. Almost inevitably, this leads to the message getting distorted, ranging from a slight wording change to converting something from a beautiful work of art to an obscure demon meme neither you nor the recepient have any concept of. (Demon memes are generally funny, but extremely specific)

Hannah Collins (Communications and Operations, removing intros from the newsletter to spite Finnbar since right now!)
@aceempress#9631 on Discord hannah.a.collins@warwick.ac.uk