🚨TABLETOP EMERGENCY BROADCAST SYSTEM - THIS IS NOT A DRILL🚨 Our darkest hour is at hand! If there is anyone left out there still loyal to Tabletop and still willing to resist the wargamers, please listen closely - the fate of our society could depend on you!

The enemy are at our gates and in our ranks. Friend has turned on friend, old emnities newly reignited, ancient grudges finally unburied. As the prophecies of the newsletter warned us, the Wargames Coup is here. They have already seized B2.02, and their forces are spreading throughout the university and the society. Armed with the spikiest miniatures they could find, they are hunting down any who show loyalty to any faction other than wargames and opposing their tyranny.

I will not lie to you, the outlook is grim. The so-called "First Tabletop Empire" has acted with a brutal swiftness that caught many of us unaware, using skills Lewis must have learnt from our previous president and local skywalker themself, Anakin. But all hope is not yet lost! Despite their propaganda, many loyalists still remain, scattered but defiant. Our exec number many - even now we outnumber the enemy. We need to consolidate our forces, rally together, and unify if we are to put our strength to use.

📣 A Call to All Factions

To overcome this apocalyptic plight, we need all hands - only together, with the combined forces of every echelon of the society will we have any hope of defeating the Wargamers. To that end, here is a request to each specific faction, describing what you can do to help, no matter how in-depth your involvement.

While the enemy has already consolidated their admittedly strong position, this nightmarish empire can be felled. They can be beaten. I have spent time among many of them in what was disguised as a show of unity, and know their weaknesses. Even at the AGM, I was taking measures to learn their secrets, interrogating their membership and (in a shock to everyone) taking notes. Compiled here are those of most immediate tactical value, along with those of relevance to our overarching plan. 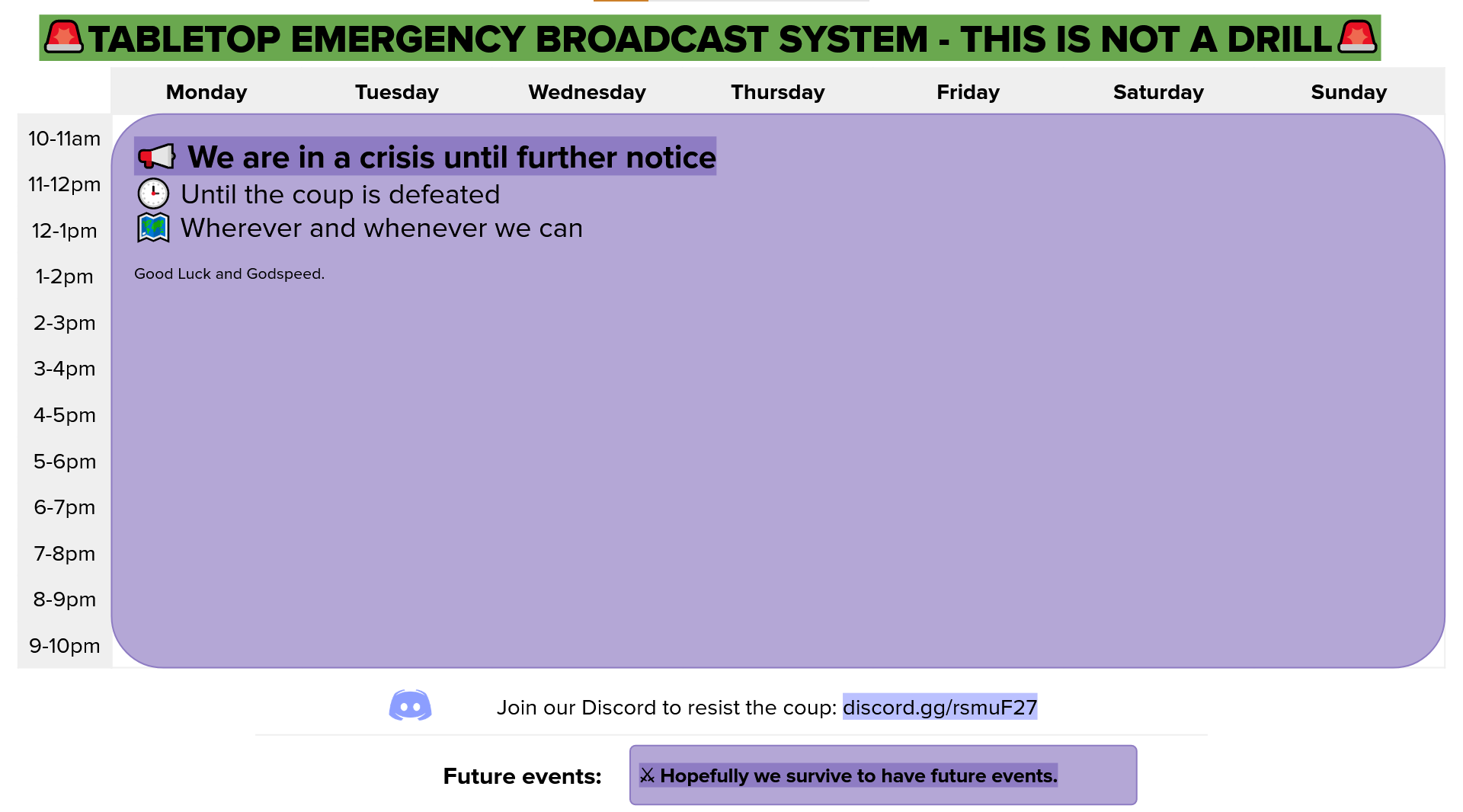 Remember, you can always find an up-to-date timetable of our plans by tuning in to our emergency tactical broadcast feed page, and you can sign up to special operations (including RPGs) via our Events page.

The seeds for the Wargames coup were planted in plain sight, and we didn't notice. Beyond that, the past is only a concern if we win this present crisis!

Wash your hands, stay safe, defend the society and fight for your right to play some games with us 💛

Hannah Collins (she/they/fae, Acting President, Broadcasting in exile from the dark and hidden places of the discord, writing a lot for an April Fools' bit)
@aceempress#9631 on Discord
hannah.a.collins@warwick.ac.uk